The South Korean firm is thinking about spinning off its LCD business. 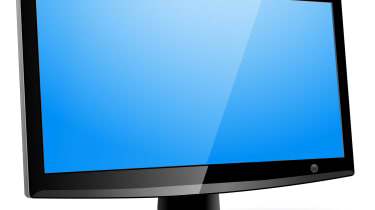 In something of a surprise move, Samsung has admitted it is considering spinning off its loss-making LCD flat-screen business.

The LCD industry has been mired in a slump since the second half of 2010 and looks set to become a low-growth commodity type technology with greater competition from low-cost Chinese manufacturers, according to industry studies.

Many analysts had expected Samsung would take full direct control of its OLED flat-screen business and merge it with the LCD operation to utilise part of LCD production capacity in making the more profitable new displays.

The surprise move also underscores the severe market conditions that the LCD industry is facing.

Samsung's South Korean rival LG Display has been loss making for the fifth consecutive quarter, while Japan's Sharp forecast a record 290 billion yen ($3.70 billion) net loss for the year to March as a slump in TV sales forced it to halve output at a western Japan LCD plant.

"A spin-off will allow Samsung to focus more on OLED and also broaden its LCD customer base to companies that have shunned Samsung due to the fact that they are in direct competition with it in finished products such as televisions and computers," said Seo Won-seok, an analyst at Korea Investment & Securities.

Apple, for example, is in direct competition with the South Korean firm in smartphones and resorts to Samsung's key rival LG Display for supply of panels for its popular iPhone and iPad.

BNP Paribas expects a spin-off will also have negative impact on Taiwanese LCD makers as Samsung may also reduce panel purchases from them to help its own spun-off operation.

It estimates Samsung, the world's biggest TV maker, currently sources 40 per cent of its panel requirement internally and buys the rest from the likes of AU Optronics, Chimei Innolux and Sharp.

Samsung and other companies such as LG Display are shifting to a newer type of flat-screen display called organic light-emitting diode (OLED), which is currently used mainly in high-end smartphones, as they believe the technology will replace LCD in larger-sized panels such as TV screens.

SMD is a near monopolistic supplier of OLED displays, which are thinner, more power-efficient and boast better clarity and color contrast than LCD screens, and BNP Paribas estimates Samsung's OLED revenues will jump nearly six fold to 26.3 trillion won by 2014 as it is set to be used in large-sized TVs.

But Wednesday's announcement raised speculation that Samsung Electronics may drop a full acquisition of SMD, which may cost 1.6-2 trillion Korean won ($1.4-1.8 billion) and instead transfer its LCD business to the OLED maker and receive a significant number of new SMD shares.

Prospects for a non-cash deal sent in Samsung SDI stock down as much as 6.5 per cent, but shares in Samsung Electronics, Asia's most valuable technology firm with around $160 billion market value, jumped more than five per cent to a record, buoyed by LCD restructuring plan and a broader rally in Asian chip makers on firmer chip prices and rival Elpida's financial trouble.

Samsung, which vies with local rival LG Display for the title of the world's top maker of LCD flat-screens, is estimated to have lost more than 1 trillion won ($890 million) from LCD last year on sales of 23 trillion won ($20.5 billion).