As Facebook, Google and Twitter all find themselves in hot water over use of user data, is it becoming impossible to know who to trust online? 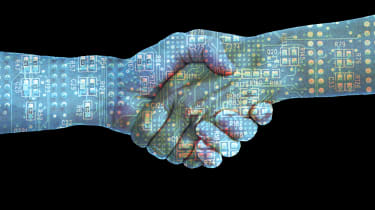 COMMENT Transparency. It's a buzzword politicians and corporate giants alike love. Using it suddenly makes them seem that little bit more honest. Even better than that, they believe it appeases those pesky lefties banging on about the value of trust.

The very use of the word transparency is, cunningly, ironically, being used by those same people as a smokescreen. Citizens are increasingly being left out of decisions that concern them and right now this is happening most disastrously on the internet. It is becoming more and more apparent there is little transparency being proffered by those running our virtual world.

So far this year, in less than two months, matters appear to be getting worse. Google has come under fire for changing customer privacy T&Cs, which effectively allowed it to share customer data between services. Those who don't like the changes can opt out, but what if people upset by the company's actions rely on the myriad services offered by Google to run their daily lives? They'll be stuck in a nasty bind.

It has quickly become hard to believe web-based companies will keep you happy and respect the trust you placed in them.

Meanwhile, Facebook is forcing people to change their profile page to the updated Timeline feature. If you don't like it, then leave. But again, what if you love the old system and need Facebook for keeping in touch with others? And what if you are anxious about the privacy implications of Timeline?

And now both app maker Path and Twitter have admitted to keeping hold of user contacts lists without telling anyone. Apparently that's common practice.

With all this happening in such a short space of time, it has quickly become hard to believe web-based companies will keep you happy and respect the trust you placed in them when you first signed up.

People rightly see the web as a massively valuable and enjoyable tool to use, hence why so many have jumped on services offered by those aforementioned companies. Those people did not expect to have their faith repaid with changes they don't appreciate and unseemly revelations about privacy, however.

This is all part of a wider, even more disconcerting trend though the rapid decline of transparency across the internet. The web has always been plagued with misinformation. Thanks to anonymous trolls, PR companies making surreptitious alterations to Wikipedia, so-called journalists posting unwarranted disparaging comments about professional rivals online, amongst many others, trust in the internet has depreciated in value. Yet one can't shake the feeling things are on a downward slope, careening towards the cliff of no return.

What's most depressing is that it's the companies and organisations who we rely on to run and protect our internet services who are committing the most egregious acts. Even law enforcement agencies are eroding trust in the web.

The Serious Organised Crime Agency (SOCA), which appears to have taken a break from tracking organised criminals, this week closed down the rnbexclusive.com website. Before wisely removing it, the body left a stark warning for visitors: SOCA can track you from your IP address and throw you in jail for downloading files from such sites. It went so far as to thrust the visitor's IP address, browser and OS in front of them, just for that added soupcon of terror. Who knew they could be tracked by SOCA in this way? Who knew they could be threatened like this? Is this common knowledge? Hard to believe so...

Not only can we be totally unsure of what is happening to our data on the web, but now it seems we have no guarantees we can browse privately. When it comes to people's virtual lives, the majority are left in the dark about the services they use and who might be spying on their actions. In the corporeal world, this wouldn't stand. Imagine if someone decided to go into your house, redecorated it in a way so anathema to you it hurt your eyes to look at it, and then chucked up a few security cameras up for good measure. You'd be fairly upset, right?

This leaves us with some massive questions: who can we trust on the internet? Who can we trust to run the services that make it such a great thing? It's hard to know any more.