Big data, cloud and mobile are all set to boom by 2022, according to the founder and former CEO of Parallels. 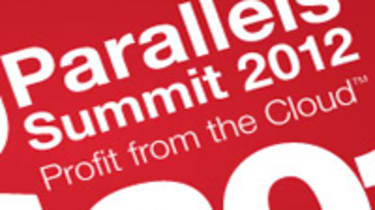 Cloud computing will simply be "a way of life" 10 years from now as users embrace the technology delivery model to consume ever-increasing amounts of data.

I believe the SMB cloud opportunity is effectively a gold rush.

Personalisation, big data and mobile devices will also play a key role in this future, according to Serguei Beloussov, chairman and chief architect at Parallels.

"The cloud era started developing really quickly. I noticed the word cloud in 2007 but the broader market noticed it a little bit later," the company founder and former CEO said at the Parallels Summit 2012 this week in Orlando.

"In 2009 Amazon was in full production. In 2010, Steve Ballmer said Microsoft was all in the cloud. It's still going all in with the cloud. If you ask people at Microsoft what their revenue from the cloud will be [in the future], they say $50 billion more than half the company. In 2011, one thing happened I absolutely expected in the arrival of multi-billion dollar hosters."

"They all continue to grow at a higher average rate than other companies in the ecosystem. This year, more servers are in the cloud for small businesses than outside the cloud."

Beloussov then moved on to detail how he thinks cloud will shape the computing landscape in the years to come, suggesting it will effectively become the new normal.

Established players such as Apple, Facebook, Google and Salesforce will still have a strong presence in the cloud 10 years from now, however Beloussov wasn't so sure where Microsoft Azure's future lies, although he stressed it was a "good offering."

In his vision of the future, Beloussov predicts there will be a strong contender for Facebook's crown, though he preferred not to be specific about who that might be or from which sector the competitor may emerge.

He also believes the creator of MySQL's latest offering, MariaDB, will continue to steal market share from its predecessor, thanks to lower costs and more advanced functionality. Amazon Web Services, meanwhile will lean towards containers over virtual machines, running a ratio of 5:1 in favour of the former.

"I personally can never understand why you need to run hundreds of kernels on same server. Especially when they do all the same thing," Beloussov said.

Talking more specifically about his vision for Parallels as a company, he said he wanted to reach $2 billion revenue annually and help SMBs and their partners fully unleash the value of the cloud.

"It is clear in this 2022 you will have new partners, new technologies and new ways to interact. We at Parallels try to think abut this... We are helping you to address those challenges. It's going to be a huge undertaking so working tog makes sense," he said, adding Parallels' work with Runa Capital perfectly positioned it to help companies bring their tech to the small business market.

"Small businesses are a very important part of the ecosystem. They create new jobs and provide the most growth. But at the same time, small business spending on IT is quite small. That's because consuming technology before the cloud was difficult with lots of steps. Hopefully, with the cloud, it is much simpler. You just buy, configure and use."