Hi #SMW, will you be my friend?

Inside the Enterprise: At the end of a week celebrating the medium, is social media a distraction or a useful tool for business? 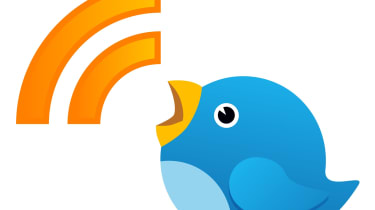 Now, you've probably heard this one before.

A social media consultant goes to the doctor's. "I think I'm addicted to Twitter." The doctor replies: "I'm sorry, I don't follow you"

This week, in case you had not noticed, is Social Media Week. But to a lot of businesses, social media is as much a distraction as it is a benefit. For every useful employment lead generated on LinkedIn, its detractors argue that staff waste hours of valuable time on Facebook, or trawling YouTube for videos of cute cats, or out-of-control dogs.

The truth, as usual, lies somewhere between those two positions. Social media is popular precisely because of its deep appeal to consumers. And for businesses, the ability to exploit tools that are either free, or very low cost, for work purposes, is largely driven by the economies of scale from the social media companies' consumer user bases. Facebook alone has more than 850 million members.

The problem, for both IT directors and HR directors, is that social media has become (over) hyped. It is arguable whether an industry that already contains players on the scale of Google or Facebook needs a "week" to promote it at all. A week to promote information security, perhaps, or even to encourage young people into IT, sure. But social media? Surely that can look after itself.

There are, though, three issues that companies should be addressing. The first is how the company presents itself on social media "channels." There are now lots of them, especially for businesses that trade internationally and need to market their services, or recruit staff, in local markets. They need to pay attention to local outlets, whether that is RenRen in China or Hive in the Netherlands.

Ensuring that the business presents itself consistently across these channels, and across channels such as the web, email, or even the telephone call centre, is no small task. Here, at least, the social media consultant can earn his or her fees.

Then there are the custom made and business-focused social media tools. Of these, Yammer is perhaps the best known, although larger organisations such as IBM and Accenture have also developed their own. This is not a cheap route, but it provides a level of confidence, security and control that public, consumer-facing channels will always struggle to provide.

Then, finally, there is the question of how employees use social media outlets, during office hours, and for business purposes. Both the BBC and Sky News recently introduced policies that put some restrictions on their journalists breaking stories on Twitter first, rather than through the official channels. And there are plenty of cases where junior staff have done, or more likely said, something they later regretted on Twitter or Facebook.

If Social Media Week raises awareness of these issues, and nothing else, it will have done a useful job. As with much technology, it is the people and the processes, rather than the IT itself, that matters.