Huddle's CEO admits there's a risk Government departments will punt for traditional vendors when faced with the plethora of services on CloudStore. 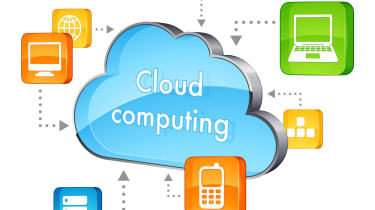 One of the major suppliers selling wares on the G-Cloud CloudStore today raised concerns over confusion potentially hampering the good intentions of the new service.

Huddle, a British start-up and one of the major cloud suppliers to Government, said there was a risk that with so many vendors to pick from the G-Cloud Services Framework, public bodies may simply revert to using larger, better-known suppliers.

One of the chief aims of the CloudStore, launched on Sunday, is to open up Government contracts to more SMEs. Approximately half of the 257 suppliers included in the Framework are SMEs.

There are concerns, however, that the large number of suppliers and the 1,700 services on offer could lead Government IT managers to punt for trusted names rather than innovative products from lesser known vendors.

What this does is put further pressure on the incumbent suppliers to look to the cloud and start to make cloud services users actually want.

The CloudStore catalogue in its current form may not help. Some companies, the worst offender being Capita, have chosen to flood the catalogue with adverts for their services, taking up numerous pages in doing so.

Furthermore, many have not provided descriptions of their services as yet, which may befuddle and deter buyers too.

"Effectively the best services should win out in the long run, but the risk is that there is too much choice and it makes it hard for Government departments to choose," Alastair Mitchell, CEO of Huddle, told IT Pro.

"But I think you have to have a large list because this is designed to be a marketplace and if you limited it to a few suppliers we'd be back into the old paradigm of a limited number of suppliers controlling the market."

Mitchell claimed smaller providers could be better for Government than bigger players, saying it would be positive for innovation.

"I think SMEs can provide a better service because the Government is a very big client for them and they are going to work extremely hard to deliver great services," he added.

"The fact that they have made such an overarching framework and it is such a big announcement shows the Government's emphasis is on buying cloud services... What this does is put further pressure on the incumbent suppliers to look to the cloud and start to make cloud services users actually want.

"It's a very big turning point. First this is them acknowledging the cloud. Second it is an acknowledgement that a more open procurement and market framework actually yields benefits. This is absolutely revolutionary."

The Government has already shown its willingness to work with SMEs on cloud projects, recruiting UK provider Solidsoft to build the CloudStore, although it is hosted on Microsoft's Azure platform.