The Met Office needs fresh supercomputing power, but it will cost plenty of money to acquire. 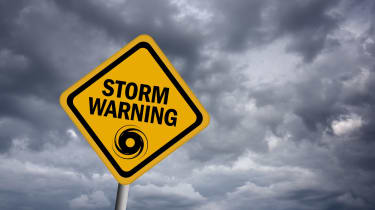 MPs have told the Government it should boost investment in supercomputers to support the Met Office in its weather predictions.

The Science and Technology Committee said it was "of great concern" that the Met Office's forecasting was being held back by a lack of compute power, according to a report released today.

MPs pointed to the associated public benefits of highly accurate weather prediction, particularly in regard to severe weather warnings. This month saw snow hit the UK, causing Heathrow to cancel around half of flights and economic damage to airlines.

The Met Office currently runs an IBM supercomputer from its HQ and operations centre in Exeter.

We consider that a step-change in supercomputing capacity is required in the UK.

That system allows scientists to collaborate on research into a various modelling issues and benefits the Met Office in extending how much it can work with the wider research community. For example, MONSooN has been used to analyse and improve the common ocean modelling system.

"We encourage the expansion of MONSooN and recommend that NERC work closely with the Met Office to develop plans for the next phase that are suitable for the research community's needs," the report read.

The committee did note the significant cost associated with upping supercomputing investment, however.

According to the report, to get the compute improvements the Met Office desires, there would be a four-fold increase in supercomputing costs.

The Met Office would like to have access to a supercomputer with at least twice the capacity of the near one petaflop machine it currently uses. This would cost 14 million per year, over each of the next three years.

The Met Office chief scientist told the committee there would be "a very rapid return" on investment in supercomputing, however.

The Met Office told the committee that "remote supercomputing options, such as third party facilities, grid computing and cloud computing, [were] not suitable at the current time."

Earlier this month, the European Commission unveiled plans to double investment in supercomputing.

The EU plans to increase investment in the industry from 630 million to 1.2 billion to produce machines capable of exascale computing.

When asked whether the Met Office could benefit from this funding boost, a spokesperson told IT Pro it did not see much use for distributed computing at the current time.

"The nature of weather forecasting does not lend itself to distributed computing," the spokesperson said.

"Operational weather forecasting models have to run very efficiently on supercomputers and also gather and process huge amounts of data, all within a very short timeframe.

"This requires a specific type of machine architecture as well as a very large bandwidth to get the data out of the machine and on to a huge data archive. The Met Office looks at this issue every year."