Compellent may be a serious boon to Dell's profits, but the company's growth remains stunted by public sector and consumer weaknesses. 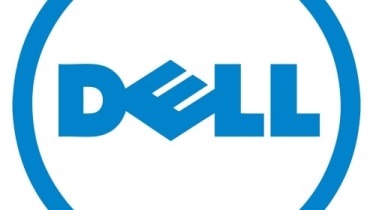 Dell has fallen short of revenue expectations in its fourth quarter, despite claiming some big gains in its business solutions and services divisions.

Revenue was up by two per cent for the company's fiscal fourth quarter 2012 to hit $16 billion, although that did not meet Wall Street predictions.

I don't see (smartphones) as a top priority for us, either in the consumer or the overall business.

The company has shifted strategy over recent years, looking to become a bigger services player as it faces up to dwindling PC demand.

Financials had been improving, with solid results in February and August last year as the company sought to establish the "new Dell."

Yet fortune has not favoured Dell, with the Thai floods hitting its hardware supply chain as hard drive manufacturers in south east Asia struggle to get back on their feet.

Revenue from public bodies decline one per cent, whilst consumer revenue dropped two per cent.

President for Dell in EMEA Aongus Hegarty told IT Pro the company still considered the consumer sphere important, although it was not as much of a focus as enterprise.

In particular, Hegarty said smartphones would not be a major priority at Dell.

"I don't see [smartphones] as a top priority for us, either in the consumer or the overall business. Our greater priorities are in the PC on the client side and notebooks, and tablets later this year," Hegarty said.

"With smartphones, we will continue to have products in that area so that we can provide the full range of devices.

"Our priority focus is around our enterprise business in solutions and services, but consumer is also important. As we see a trend of more consumerisation into commercial businesses we think it is quite important that we have a strong healthy business there that we invest and develop."

Hegarty also pointed to Ultrabooks as a key market for Dell in the future as it looks to reassert itself in the PC market, where it has lost ground to the likes of Lenovo in recent months.

Notable successes for Dell came from its datacentre products as it looks to provide for the whole stack, with storage proving the biggest hit.

Since Dell bought Compellent, after missing out on 3PAR to HP, storage revenues have shot up. The company also ended its storage partnership with EMC last year as it sought to bolster its own IP.

In the fourth quarter, Dell saw its storage division grow 33 per cent, whilst Compellent had sequential growth of over 60 per cent.

"This is, clearly for us, highlighting clear customer needs in those areas and we're pleased we've invested in Compellent, Equallogic and Dell IP in these areas," Hegarty added.

He promised announcements in storage and servers in the next quarter, but would not be drawn into talking about any flash strategy in either of those two departments. The company has talked up flash, but has not made as big a splash as companies such as EMC have.

The company's transition to more of a services-oriented beast is paying off, even if results have been hampered by dabbling in the consumer space.

Dell Services grew to represent 14 per cent of Dell's business in the fourth quarter, whilst server and networking revenue grew six per cent.

As for the next quarter, Dell expects revenue to decline approximately seven per cent sequentially, "which aligns with normal seasonality adjusted for the fourteenth week," it claimed.