As Virgin Media prepares to put up its broadband prices, what’s the best step forward for a small business needing a good connection? Simon Brew has been finding out… 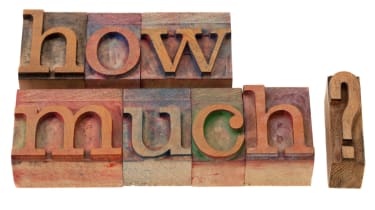 For once, the predictions of yesteryear proved to be correct. You no longer need an office of people to run a small business, and remote working is an everyday reality for many, many people. The days of requiring a rented office before you've even begun? They're pretty much gone.

That's because the UK broadband infrastructure is such that the majority of the country gets a serviceable standard of connection (with some notable exceptions) already, and with BT Infinity and Virgin Media set to continue their aggressive pursuit of increased speeds, further improvements could and should well be on the horizon.

Inevitably, though, as more and more businesses become dependent on their broadband connections, it raises some questions. What's set to happen to costs? As more and more bandwidth becomes consumed, driven by the rise in cloud services, how does that affect service levels? Basically, are small businesses putting their eggs into a proverbially unsafe basket?

It's worth stating from the off that broadband services are generally very cost effective. Compared to the cost of the monthly phone bill for most businesses, a standard broadband connection is something of a bargain, in fact. Factor in that many small businesses are also using a broadband connection to cut down the price of their phone calls by using Skype, and it's an economical way of working, that can and does cover more than one method of communication. As many have found, it's often cheaper than rent.

So reliant, then, is the modern-day small business on a quality broadband connection, that it's perhaps understandable that any change in cost of service has some level of ramification.

This was exposed most recently when Virgin Media caused a bit of a storm by announcing it was putting up prices. It did this just a month or two after launching its national advertising campaign, championing the fact that it was in many cases doubling household broadband speeds. It's also rolling out 120Mbps consumer services as it does so.

Many perceived the campaign to mean the service increase was coming at no extra cost. But the firm soon announced that it was putting its charges up. You didn't have to be cynical to be bemused by what was happening.

In Virgin's defence, the price increases aren't drastic. Indeed, it's more the clumsy order in which everything was done. The firm's large' consumer broadband package (the service that's currently up to 10Mbps, pre-the speed boost) is going up to 22.50 a month from 21, not accounting for package discounts that the firm offers. Again, that still dwarfs most phone bills.

For smaller businesses looking for a simple connection and little more, there's actually not too much difference. There are still traffic shaping policies in effect, and contention ratios don't alter. But, assuming you're a fairly regular broadband user, shaping isn't likely to be a massive problem. Heavy users, however, should certainly go into a contract with their eyes wide open on this point.

That said, it's hard to find a lower cost broadband package that doesn't have a restriction somewhere along the line. BT's Infinity roll-out, which is bringing fibre optic broadband to the UK, promises fast speeds, but also puts in place a 100GB monthly usage allowance. That sounds like a lot, but for businesses looking to use cloud services, even just for backup purposes, that may be a buffer they're going to hit quite soon.

Many small businesses, especially ones run from home, however, ignore the business packages that BT and its resellers, and Virgin, offer. Instead, they opt for a consumer package, unaware of the potential problems that may bring.

After all, contention ratios on consumer broadband services are less generous, caps and shaping tends to be more prevalent, and then there's the not inconsiderable issue of support when something goes wrong.

Unsurprisingly, then, Virgin and BT, as with most broadband providers, offer scaled up business products at higher prices. In the case of Virgin, it comes with a 24 hour support team, that promises to "move Heaven and Earth" to fix the problem in 24 hours. BT offers a similar fast response, and that's crucial in most business environments.

So how do you get the right deal? Inevitably, and small businesses keen to control their costs may well find this beneficial, the better deals come when a collection of services are taken with the one provider. Thus, just taking broadband services from Virgin or a BT reseller tends to get you the least competitive price. Adding in phone, mobile, VPN or other features opens up bulk discounting. And, particularly for a handful of employees, it's here where some strong negotiation pays dividends.

For all the noise made when Virgin put its prices up (and those rises come into effect from 1 April 2012), it's hardly a secret that ringing up for a better deal generally leaves you with something you wouldn't have got already.

If there's a conclusion of sorts here, it's that just because broadband is relatively cheap, that doesn't necessarily mean it's wise to do it on the cheap. Even if a business is being run from the spare room of a house, there are some economies that might just be a step too far. In all likelihood, one consumer connection is ample for a home business to get by on a day-to-day basis (particularly so if there's only one person using it), especially if some backup is put in place via a 3G service or something of its ilk.

Yet it still comes with an element of risk, in that if you go offline for any reason, there's going to be a longer delay before support can get to you. How well an individual business can cope with that is best judged on a case-by-case basis. Some may wager, though, not unreasonably, that the money they save by opting for a consumer service could safely be invested in a back-up connection.

The hard truth is that prices of broadband services will continue to go up. Yet, on the plus side, competition in this particular sector is so fierce, that whilst price increases may be loudly complained about, they're not likely to be the be all and end all of a business.

The savvy business, and the one willing to fight its corner, is likely assuming it's not facing the challenges of a rural environment to find the broadband bill one of the least of its worries, price rises or not