Everything Everywhere plots 4G for 2012

Everything Everywhere will roll out 4G connections running over the spectrum it currently owns in 2012, if Ofcom agrees to it. 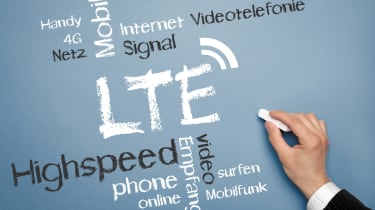 Despite concerns the UK won't get 4G connections until 2015, Everything Everywhere is trying to push ahead with LTE connections in 2012.

The operator, formed after the Orange and T-Mobile merger, will have to get approval from Ofcom if it wants to roll out connections, however. Everything Everywhere expects a decision to be made by spring.

If granted, this wider rollout of 4G will follow a trial in Bristol running LTE over existing 1800MHz spectrum.

There is a great opportunity for the UK to have the 21st Century network that it so deserves.

A nationwide HSPA+ 21 - otherwise known as 3.5G - network is also being deployed by Everything Everywhere, which could provide customers with speed boosts of up to 50 per cent. The complete rollout will be finished in the third quarter of this year.

The operator is also planning a HSPA+ 42 rollout, which should provide even faster speeds than HSPA+ 21, due to begin in the second quarter with completion expected before the year is up.

"Everything Everywhere's vision is to launch 4G for Britain as soon as possible, and the roll out of 3.5G HSPA+ and our 4G trials across Britain are major steps towards delivering on that promise," said the operator's CEO Olaf Swantee.

"There is a great opportunity for the UK to have the 21st Century network that it so deserves, putting the nation on a level playing field with other parts of Europe, the USA and Asia."

Across other networks, widespread 4G isn't expected until 2017, but carriers have been pushing ahead with trials.

Everything Everywhere has been one of the main proponents of 4G testing and initiated a trial over the 800MHz spectrum in rural Cornwall with BT. That project was recently http://www.itpro.co.uk/638500/bt-and-everything-everywhere-score-4g-trial-extension to run until July 2012.

Networking vendor Brocade recently said Britain's networks were not ready for 4G, but Everything Everywhere told IT Pro it had already upgraded its 2G networks with Huawei kit so it was prepared for the arrival of LTE.

The much-debated 4G auction is set to take place before the end of the year. Ofcom recently decided it would no longer guarantee Everything Everywhere sub-1GHz spectrum.

The regulator said the operator would not need the extra 800MHz to provide quality 4G services.

Everything Everywhere said it was "very disappointed" by Ofcom's actions, claiming it was "missing a huge opportunity for the UK to address the imbalance in sub-1GHz spectrum holdings."

Today, Everything Everywhere said its Cornwall trial had proven 800 MHz was optimal for running 4G connections in rural areas.