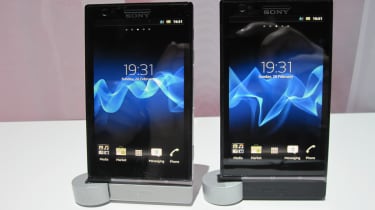 Sony Ericsson has unveiled its latest Xperia smartphones, claiming one would give style and substance to the business user.

The firm's press conference at Mobile World Congress (MWC) was the first Sony had made under the name Sony Mobile Communications since its acquisition of Sony Ericsson, which only completed 10 days ago.

When you put it into a smartdock, you don't just charge it, you turn it into a media centre or even a home office

The new Xperia S - the first in the Xperia NXT range which launched at CES in January - starts shipping this week at the same time as the consumer-focused Xperia U handset. However, it was the third announcement that caught the attention of IT Pro.

The Xperia P is made with an aluminium unibody and a four-inch reality display featuring Sony's White Magic display technology, which it claims cuts down on reflections from natural light.

It has an eight mega pixel camera and full HD video recording, but it is when the Xperia P is placed into a dock, it really takes the shape of a fully fledged business device.

"When you put it into a smartdock, you don't just charge it, you turn it into a media centre or even a home office," said Steve Walker, chief marketing officer (CMO) of Sony Mobile Communications.

"You can hook it up to your TV and navigate through it with a TV remote... but if you connect a wireless keyboard and mouse, you can then have full PC capability."

Focusing on its business portfolio is one of the key drivers for Sony this year, according to its new executive deputy president Kazuo Hirai.

"Throughout our 10-year joint venture with Ericsson, we have acquired a plethora of skills and know how," he said. "This kind of cross pollination... presents opportunities across smartphones and consumer electronics [and] in doing so, we will revitalise our product portfolio."

"I will spare no effort to ensure the success of this endeavour."

The Xperia P is set to launch in the middle of the second quarter this year, running Android 2.3. However, an upgrade to Android 4.0 will be available later in he same quarter.