The security vendor is to release the beta of its open source WAF in April this year. 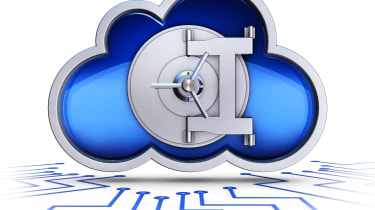 Qualys, one of the original cloud-based security vendors, has come good on last year's promise to release a web application firewall (WAF) based on open source code.

Codenamed IronBee, the WAF will send traffic running to and from an application to Qualys servers, scanning it to check for threats.

When IT Pro spoke to the man leading the IronBee project, Ivan Ristic, in 2011, he said the company was not concerned about competitors taking the code and using it for their own rival products.

If the code for pcAnywhere had been open source these (vulnerabilities) would have been found before.

But in light of the recent Symantec source code leak, which saw pcAnywhere customers placed in danger, was Qualys worried about the potential security threat to its own software if it was sharing the code with the wider community?

"If the code for pcAnywhere had been open source these [vulnerabilities] would have been found before," Kandek told IT Pro today at the RSA 2012 conference.

"I think the open source model is superior.

"If you were a bad guy, you could [find and exploit vulnerabilities]. The question is would you find more than if you just look at the binary."

The code will be closely guarded and watched over by Qualys, to mitigate any potential nefarious use of it.

Kandek even claimed that going through Qualys' servers would help deliver applications faster in some circumstances.

"We think, from our measurements so far, that this will actually accelerate typical websites," he added.

"For instance, if you took Qualys.com, that's a cluster of two servers, and it's load balanced and all that, it's redundant, but it sits in California. With this protection on it, it would actually gain global presence because if someone from the UK accessed it, our node in the UK would serve the content.

"The content would still come from the US originally, would go through a node in the UK, but it would actually be cached there. So if you requested the page, you would get it from that node with the caching rules and you would gain the additional protection facilities."

He said the WAF, which will enter beta in April, will be more interesting for small and medium sized businesses.

It will be delivered on a per-web application cost model. Kandek promised pricing would be "competitive."