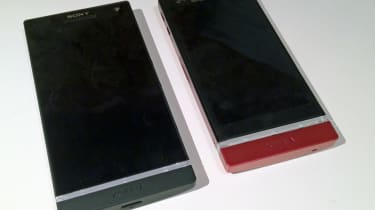 The Xperia NXT P (also quad-band GSM/3G) has a 1GHz STE dual-core processor, 16GB of user storage and an 8-megapixel camera with backlit sensor, but its 4" (540 x 960) screen also has something called "WhiteMagic" technology. 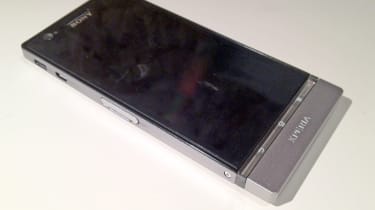 According to Sony, this uses a fourth white sub-pixel in addition to the usual RGB triplet to significantly increase its brightness for improved daylight visibility.

We didn't have the opportunity to try the smartphone in daylight, but we weren't particularly dazzled by the display at full brightness on this pre-production device though we'll obviously reserve full judgment when we see a final review model. 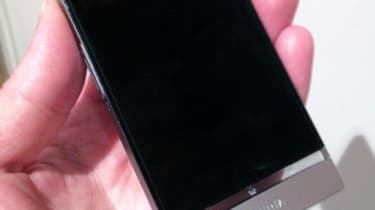 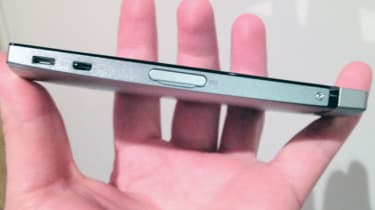 Sony also offers an optional desktop smart dock' for the NXT P with two USB ports. When hooked up to a mouse, keyboard and external display (see below), this potentially turns the smartphone into a laptop replacement, although we've yet to see what the likes of Polaris Office when scaled to suit a bigger screen.

All three models also have onboard NFC for the usual contactless data exchange features, but Sony also supplies NFC 'SmartTag' key fobs that can be used to activate certain features a touch of one kept with the car keys could be used to instantly activate the smartphone's in-car mode, for example.

The Xperia S, P and U also all support wireless streaming of photos and video to compatible devices via DLNA using controls similar to iOS's Airplay, while a wired HDMI connection to an HDTV triggers a custom Sony user interface for using Android on a bigger screen. CE Control support also allows Android to be navigated using the TV remote control. Sony has yet to announce prices for the new Xperia NXT models, but we'll post more information when it arrives, along with full reviews.