The company’s CEO claims the demands from regulators are too high when they are actively cutting the revenues of telecoms firms with pricing intervention. 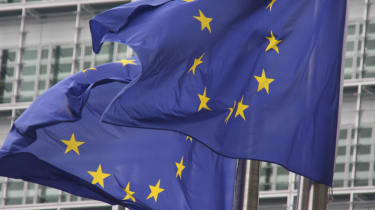 Regulators are asking for too much from telecoms companies, whilst contributing to their slowing revenues.

These were the remarks of Rene Obermann, chief executive of Deutsche Telekom, during a keynote speech at Mobile World Congress in Barcelona.

We have embarked on a long-term vision to look at the company through the eyes of the consumers and make them more of a focus.

The industry leader attacked regulators, such as the European Commission, for asking telecoms firms to invest more money into networks, even though orders they have voted through have damaged profits for the likes of Deutsche Telekom.

"[Instead] they still continue to take a fantastic amount of money out of the network industry, whilst at the same time forcing or desiring companies to put in investment into next generation networks."

The CEO claimed operators were paying "billions" for licenses from regulators and throwing a lot of cash into networks, but are losing money as well thanks to new rules around termination rates and roaming charges.

"So operators pay billions for licenses, but at the same time they lost billions on the direct pricing interventions of regulators," said Obermann. "I suspect [revenues] will come down further, that is reality."

Despite this very corporate-focused attitude, Obermann still claimed there had been a change in the telecoms industry, with a much stronger focus on customer service and satisfaction.

"In the past, customer friendliness for telcos meant the customer had to be friendly to us," he joked. "That is something we all are guilty of; we never really had the focus on customer needs."

"But, with our company at least, we have embarked on a long-term vision...to look at the company through the eyes of the consumers and make them more of a focus," he said.