Synology’s latest desktop NAS appliance is the biggest desktop appliance on the market, with a twelve-drive capacity and 10-Gigabit upgrades. Dave Mitchell finds out if it’s also the fastest and takes a look at the new DSM 4.0 beta, too. 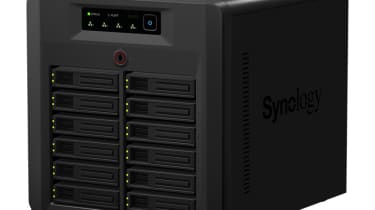 Real world speeds are just as impressive. Copying a 2.52GB video file returned read and write speeds of 290MB/sec and 280MB/sec, respectively; while FTP speeds with FileZilla stepped up to 344MB/sec read and 303MB/sec write. Backup operations are similarly quick and a 22.4GB collection of 10,600 files copied to the appliance at 116MB/sec. 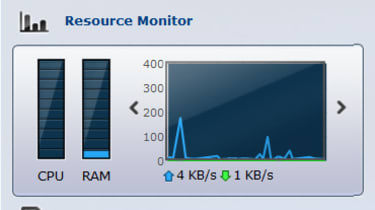 The latest DSM 4.0 beta offers an improved user interface with extra widgets for monitoring the appliance.