Nokia’s CEO targets Android’s market share, but manages to get in a few Apple insults along the way. 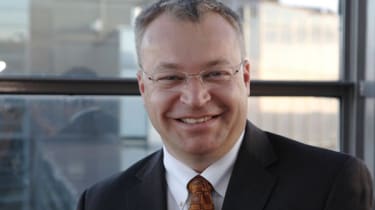 Windows Phone will take market share from Android and is more open than Apple, according to the head of Nokia.

Stephen Elop, the Finnish firm's chief executive, said the Windows Phone mobile operating system was well placed in "the war of the ecosystems" his company and Microsoft launched last year, with competition in the mobile market fundamentally changing.

"No longer [is] it better to compete on a device to device basis," he claimed, during his keynote speech at Mobile World Congress. "The real forces have become the ecosystems, including Apple and Android."

He began with praise for the rival companies but Elop soon let his loyalties show.

"Apple forged the ecosystem approach when it launched the iPhone with iTunes... but they took a truly Apple approach and kept their ecosystem quite closed," he said. "This closed approach then created a vacuum in the industry."

"Google took this vacuum, saw a gap in the market... and took an open approach. It remains to be seen how open and how long it will last... but we realised we needed to shift our strategy."

A year after the Microsoft and Nokia partnership was announced, Elop is pleased with how things were growing. He took to the stage for a panel discussion with rival CEO Peter Chou of HTC and, whilst admitting growth wasn't at the speed of light, he claimed it was steady.

"What we are seeing is a very, very steady growth," said Elop. "I look at numbers everyday... but the critical thing we are focused on is making sure what people like and don't like [especially] in the retail shops around the world."

"The thing that excites us a great deal is if one of those devices goes into someone's hand and they have just a few minutes [with it], they say wow, this is a different point of view. So our focus is getting those devices in people's hands."

Chou agreed the experience of Windows Phone was great, with his own company shipping devices running the mobile OS, but would not be drawn on saying whether it could ever reach the same heights as Apple and Android.

"Although the overall market share is slow, the people who use the device [have] very high satisfaction," he said.

Elop concluded that Nokia in partnership with Microsoft were going after one firm and were going to make an impact.

"Our number one focus is competing with Android," he said, "but the one doesn't stop us going after different [manufacturers] either."

"It is the design [that] really does matter, because of the sea of charcoal grey Android pieces of glass. [Design] is something you will see everyone increase on because the homogeny isn't good for the industry."