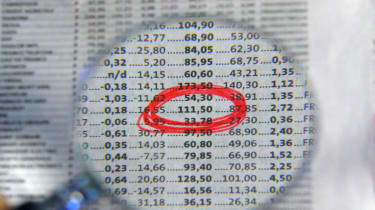 Ofcom has published an action plan and guidance to help prevent users from being hit with excessively high phone bills.

While, at present, the action plan is only a recommendation, an Ofcom spokesperson told IT Pro that it will revisit the situation this summer and did not rule out imposing further rules and regulations in this area.

The news comes after Ofcom released the findings of its bill shock review' which identified contract customers were "he most likely to be affected. Up to 1.4 million British mobile phone users have been affected by bill shock in the last six months, according to Ofcom's findings.

The action plan includes a number of measures Ofcom has undertaken in its battle against bill shock. The regulatory authority has written to providers urging them to do develop opt in' measures so caps can be set to help customers control their bills or text message alerts about usage.

Further measures are also being taken to work with providers on the issue of lost or stolen mobile phone bills. At present, customers can be liable for bills run up by thieves that can run into thousands of pounds. As a result, mobile providers have been urged to limit the amounts customers are liable to pay in the event of a lost or stolen phone.

Increased transparency in the area of data charges is another hot issue targeted in Ofcom's action plan. Providers are being encouraged to provide accurate, transparent and easily accessible information on data charges.

"Ofcom's rules state that information about tariffs should be made available to consumers including on providers' websites. They also require providers not to engage in dishonest, misleading or deceptive conduct and to ensure that before entering into, or amending a contract, consumers are provided with a description of the key changes."

The regulator has published a consumer guide on its website, offering hints and tips as to how to avoid bill shock and other such mobile-related problems in the future.