Government IT: Apples for the mandarins

Inside the enterprise: Think tank Demos says all front-line public sector staff should have iPads. This might sound extravagant, but could it save money? 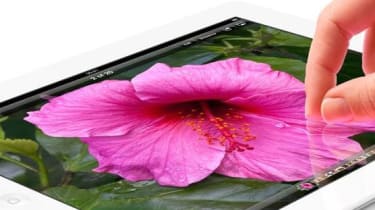 In a report out earlier this week, Demos, the think tank, and data analytics vendor SAS, argued that all frontline public sector staff should be issued with iPads.

In the week when Apple announced its much anticipated, third generation iPad, the study is timely. The idea of handing out iPads a premium consumer-tech product after all to civil servants and local Government officials might seem extravagant. Especially when money is tight. But Demos argues, quite forcefully, that it could save money.

Over the last few years, there has been a trend for Government departments to replace paper forms with electronic devices, or at least attempt to. This pre-dates the iPad: councils and the NHS have used Windows-based tablet PCs, PDAs and a range of dedicated terminals for field-based input of data. In some cases, these projects have been successful.

But the Demos paper looks at mobility from a rather different angle: data consumption rather than data collection. Rather than a glorified replacement for the clipboard and pen, the tablet device should be a window on to Governments' vast stores of information and data.

With most of the information in the cloud, they need not be top of the range models.

The think tank is proposing "smartphone or iPad style data stores", where Government officials could access information on the cases they are working from, from a mobile device. With the appropriate security measures in place, a database combining health and social care information could, Demos says, prevent overlaps of service provision, reduce administration, and above all, help to reduce the chances of serious cases falling between the cracks of the various departments and services that, to take one example, work to care for vulnerable children.

In that context, an iPad, or indeed an Android tablet, looks attractive. And with most of the information in the cloud, they need not be top of the range models, so the odds are they will cost less than a laptop, and certainly less than a full tablet PC.

Whether the public sector is ready for a move to a "Tesco Clubcard" approach to joined up data is less clear. Large-scale database projects all too often raise fears of Government interference. This has led to the scrapping of both those, such as the identity card system, which were controversial, as well as those, such as ContactPoint, that professionals say were genuinely useful.

Local and central Government can certainly do more to improve access by staff to the data they already collect and hold, and done right, that should lead to cheaper and better services. But Government needs to work harder to convince the public, and indeed the IT profession, that it is a safe and responsible custodian for personal information.

Most people will consent to officials using their data if they know why it is needed, where it is kept and how it will be used. But if big data becomes Big Brother, making the public sector more efficient will not be possible.