SSD to fall below $1 per GB price tag

DRAMeXchange claims this year will see SSD hit the ‘pricing sweet spot’ which will encourage adoption. 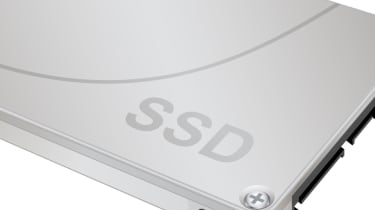 The cost of SSDs is set to come down, making a once pricey technology much more accessible, a report has claimed.

Solid State Drives (SSDs) have long been recognised by the storage industry as much better performers than Hard Disk Drives (HDDs), but have also been viewed as too expensive for wider adoption.

Although the price has been dropping, industry experts have always been looking for units to fall below $1 per GB and an analyst firm has claimed 2012 could be the year this happens.

$1 per GB, something the analysts claimed to be "the pricing sweet spot the market has been anticipating"

A report released today by DRAMeXchange, a subsidiary of larger analyst firm TrendForce, claimed mass production of SSDs using processes on 19nm and 20nm technologies was set to start in the second half of this year.

These new techniques will bring the manufacturing costs down to $1 per GB, something the analysts claimed to be "the pricing sweet spot the market has been anticipating."

This drop in price will appeal to computer firms and, coupled with DRAMeXchange's predictions of a surge in ultrabook popularity in 2012, adoption will ramp up across the industry.

"Ultrabook market share is expected to rise rapidly beginning in the third quarter of 2012. SSD NAND Flash consumption volume is expected to increase from 5.1 per cenr in 2011 to 15 per cent in 2012."

The report concluded that SSD "will become the NAND Flash application product with the most explosive growth momentum."

The industry itself seems to agree the price drop is coming, but it may be some time until the enterprise can take advantage.

Chris James, EMEA marketing director at Virtual Instruments, told IT Pro: "SSDs will fall below the $1 per GB price at some point soon. SSDs are faster than conventional disk, uses less power to drive and needs less cooling so from an environmental view (by that I mean money saving not polar bear' saving) it is a good thing."

But it is size that counts when it comes to SSDs.

"The issue we have with it is that the capacities are still small so if you have, say, 12 Petabytes of data you can only use SSD for tactical installations - it hasn't scaled to enterprise capacity yet," added James.

"Organisations with smaller capacity will benefit and enterprise components that don't need to store big data amounts will get faster and cheaper to run. It's an evolution rather than revolution thing."