The storage product targets the small business with its Atom processor and hard disk supply. 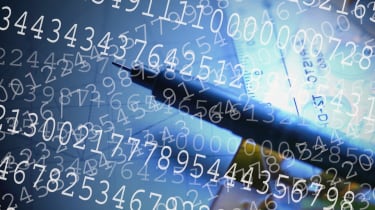 Buffalo this week launched its latest storage device, aiming itself at the small and medium business (SMB).

It still packs a punch with the choice of two, four, six or eight bays and the HDDs come fully populated within the device.

The TeraStation 5 is a network attached storage (NAS) solution, based on the iSCSI network standard.

It contains the more traditional hard disk drives (HDDs) rather than the still pricey, but beginning to fall, solid state drives (SSDs). However, it still packs a punch with the choice of two, four, six or eight bays and the HDDs come fully populated within the device.

The TeraStation 5 runs on Intel's Atom dual-core processor which, whilst not as weighty as others Intel has on the market, is designed with powering the smaller product in mind.

"At Buffalo we continually pride ourselves on providing IT solutions that are easy to deploy, run and manage for the SMB [and] the SME market," Paul Hudson, sales director for Northern Europe at Buffalo, told IT Pro.

"The TeraStation 5 is no exception, it includes important features from the rest of the TeraStation range as well as new and improved ones, offering enterprise class performance."

One of its key new functions is the ability to fail-over to a second device, which it calls its hot-spare function. This update adds more security from losing your data if things go wrong at the storage level. However, for those not wanting to stump up for two boxes, it also continues to have hot-swap functionality as well, meaning if just one drive fails within the TeraStation 5, it can be removed and replaced without losing any data.

Buffalo has also added mobile capabilities to the new solution under the title of WebAccess. This enables up to 10 users to access the TeraStation 5 remotely, using either a PC, laptop, iPhone or Android-based smartphone, and gives them mobile backup through the inclusion of NOVABackup, taking away some of the fears of working on the move and losing your device.

By building in a power scheduler to device to decide when it is off or on, Buffalo claims SMBs can cut down on CO2 wastage by switching it off when not needed and cut down on energy bills.

The Terastation 5 contains 2GB of DDR3 RAM, a choice of two or four 10, 100 or 1000 Gigabit Ethernet ports and up to five USB ports. It is available now with a three year warranty.