Lack of Adobe Flash and no choice of size prevents the new iPad from being a complete tablet. 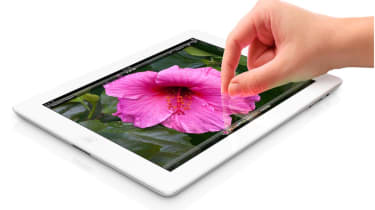 In his autobiography, Jobs seemed to have a vendetta against Adobe, which may have clouded his judgement. Surely it would be more sensible for Apple to sell iOS devices without Flash preloaded and then leave it up to individuals as to whether they want to download it or not? The fact that Apple doesn't even offer users the option is the problem. Given the choice, I'm sure many users like myself wouldn't mind battery life being sacrificed in favour of increased functionality.

Another reason why I won't be rushing out to buy the new iPad is the fact the 9.7in screen can feel a little too big at times. Again it comes down to choice and it would be nice if Apple offered another version as not everyone wants a one-size fits all product.

I'm not saying the firm has to offer a never ending selection of tablets like some manufacturers. Another model somewhere between 7-8ins in size would be great. It would probably be a little thicker than the current iPad to fit in all the necessary components, but this is a more than acceptable trade-off if it were to fit snugly into a jacket pocket.

Again, this is highly unlikely, as Apple engineers and designers can no doubt recall Steve Jobs uttering the infamous phrase about 7in tablets being "dead-on-arrival" every time they go to the drawing board.

Of course with Apple selling millions of iPads to consumers all over the world, the firm isn't going to be rushing out to address the issues I have raised here.

In time, the wide-spread use of HTML5 will render the Flash issue irrelevant. But will Apple ever give consumers a choice of sizes? It's unlikely and, until it does, I'll find an Android device that suits my needs.