The internet deals company has three months to make the agreed changes to its trading practices. 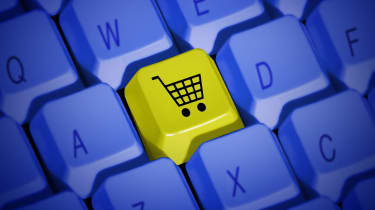 Groupon has agreed to make changes to its trading practices after it had its knuckles rapped by the Office of Fair Trading (OFT).

The website, which offers cut price deals depending on your location and on a daily basis, was investigated by the OFT back in December for breaching UK advertisement regulations almost 50 times in less than a year.

The Advertising Standards Agency (ASA) had already made 11 rulings of code breaches before it referred Groupon to the OFT, but it released a statement at the time saying it had to take the more severe route "given Groupon's track record."

The OFT investigation left it with concerns around the web company's reference pricing, advertsising, refund system, unfair terms and "the diligence of its interactions with merchants."

Now it has produced an undertaking for Groupon to adhere to, to make the firm change its practices.

The undertaking is as follows:

"The undertakings require Groupon to change its practices to ensure that in the future:

- Reference prices (adverts that compare an original reference price against a sale price), including savings, are accurate, honest and transparent.

- Groupon carries out an accurate, honest and realistic assessment of a merchant's ability to provide goods or services in the quantity or time frame suggested.

- Products display clearly, prominently and on the same screen or before purchase all the limitations which apply to any deal.

Cavendish Elithorn, the senior director of the OFT's Goods and Consumer Group, praised the company for its cooperation.

"Groupon has cooperated fully with our investigation and is making changes to its business practices to address our concerns. We will be monitoring the situation closely to ensure that consumers benefit from these improvements."

The ASA has welcomed the ruling, which Groupon now has three months to put into practice.

IT Pro contacted Groupon for comment, but it had not returned our request at the time of publication.

UPDATE AT 15:03: Roy Blanga, managing director for Groupon in the UK, admitted to IT Pro there processes had not always been right and the firm was 'willing' to get behind the OFT's recommendations.

"As a young and innovative business, Groupon acknowledges that our processes and procedures have not always kept pace with our rapid growth," he said.

"We have independently made many improvements since early 2011 and have worked transparently and constructively with the OFT to identify areas that require further changes."

Blanga concluded: "We take their concerns very seriously and will be willingly implementing the recommended changes."