Inside the enterprise: This time, HP will merge its PC and printing divisions. Has the world's largest technology company found the right strategy this time? 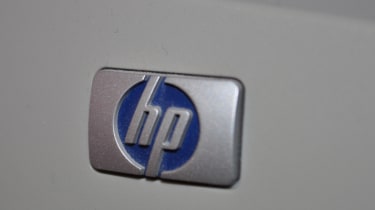 HP seems to be rather fond of reorganisations.

This week, it confirmed that it will merge its printing (IPG) and personal computer (PSG) divisions, in an attempt to improve margins and cut costs. Dave Donatelli, currently HP's executive in charge of storage and servers, will head the new Enterprise group.

Maybe it should give Tim Cook and Jonny Ive a call.

But we have been here before. Under Leo Apotheker, HP was poised to dispose of its PC-making operations altogether, in a move industry experts described as "doing an IBM", reducing reliance on hardware sales and focusing instead on software and services. And before that, Carly Fiorina put HP's PC under control of Viyomesh Joshi, the long-standing head of IPG, only for that decision to be reversed by Fiorina's successor, Mark Hurd. HP's PC division moves almost as often as HP changes its CEOs.

The printing division, once HP's cash cow, faces weaker growth. Analysts expect the global market for computer printers to grow at just one to two per cent a year, against perhaps a five per cent growth rate for PCs. Then there are the margins. HP's printing business enjoys some healthy margins 15.4 per cent at the last count whilst the PC division struggles to make margins of six per cent.

But more worrying for Whitman must be the trend: margins in the PC business have recovered, but the printer group margins have declined since 2009.

Merging the two divisions will help bring some efficiencies, and could make it easier for HP to sell bundles of printers and PCs, especially in the consumer and SME markets. But it will do little to help its industrial-scale digital presses, sold to replace conventional printing presses, or its large-format printers, sold to the graphic arts, architecture and point-of-sale businesses. Although these products are niche, they deliver both strong margins, and good services revenues.

But in the mass market, HP struggles because it lacks one, single (and increasingly important) part of the information distribution chain: a tablet. The main reason printer, and printer consumable, sales are expected to decline over the next few years is that consumers and analysts are printing less information, especially in mature markets such as Europe and the US.

We are consuming more information on smartphones, connected TVs and especially, tablets. And HP, since it wound down its WebOS operations last year, lacks a mass-market tablet offering. Just how important that market is, is illustrated by Apple's sale of three million iPads in three days.

Merging the IPG and PC divisions at HP will not address the fact that more and more people are viewing business information on a tablet device, and those tablets are mostly made by HP's Silicon Valley neighbour Apple. Perhaps HP should focus instead on finding markets for some of its highly innovative patents and inventions, such as flexible displays. But for now, as Gartner analyst Mark Fabbi puts it, HP is still "less than the sum of its parts".

Maybe it should give Tim Cook and Jonny Ive a call.