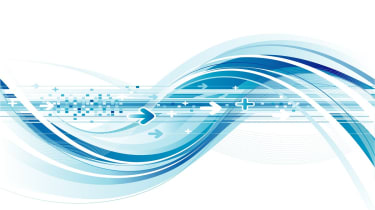 As things stand, the Digital Economy Act targets the named person to whom a broadband bill is sent, irrespective of whether they've personally done anything or not.

Unsurprising, the ISPs remain unhappy. TalkTalk, for its part, has taken umbrage not with the fight against piracy per se, but rather the way it's being handled.

As things stand, the Digital Economy Act targets the named person to whom a broadband bill is sent, irrespective of whether they've personally done anything or not. Also, there's widespread displeasure at the plans to charge 20 for a user to appeal if they think they've been wronged by the process.

For small businesses, and perhaps even bigger ones, there are obvious concerns. Who is supposed to take responsibility for the actions of employees? What can a business do to ensure that its own web connections aren't abused? There are obvious answers, in terms of the technical restrictions that are easily deployable, and a firm acceptable use policy is clearly a must.

It's unlikely that a business runs the risk of losing its web connection altogether, though, with arguably the bigger threat coming from potentially negative publicity.

That said, there's still some way to go. Proposed US law was affected by the strength of the protests against SOPA (the Stop Online Piracy Act), which eventually resulted in a government climbdown.

For the time being, though, the Digital Economy Act is flying under many people's proverbial radar, only likely to resurface when it starts to affect end users in some way. That moment is likely to come when the first letters arrive on people's doormats, and the full extent of the Act is implemented.

End of the road?

However, pressure from creative industries is telling, and the Digital Economy Act's teeth are surely soon to be felt. There's only so much of a battle that ISPs can put up, and the runes thus far seem to indicate that the chances of successfully appealing parts of the Act, in the immediate future at least, look slim.

Whether the likes of BT and TalkTalk want to gamble another hundred thousand or so on a further legal challenge remains to be seen. Either way, it seems all but certain that the force of the legislation is about a year away from being felt.