The specialised unit at The Hague will be a hub for co-operation between member states. 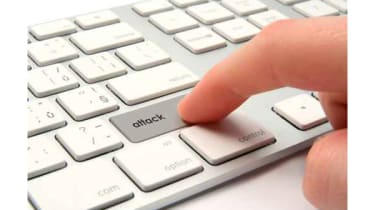 The European Commission (EC) has given the green light to the creation of a specialised CyberCrime Centre, aiming to combat the growing threat of illegal online activity across the EU.

The European CyberCrime Centre is set to start operating in January 2013 and will be based at the Europol office in The Hague. The focus will be on tackling large scale organised cybercrime and preventing cyber-attacks on critical infrastructure and information systems in the EU.

Resources will be dedicated to help make e-banking and online purchasing more secure, as well as stamping out online child sexual exploitation.

The CyberCrime Centre also plans to help cut down identity theft via social networking sites such as Facebook where 600,000 accounts are already blocked every day due to malicious activity.

Member States will be warned about about large scale fraudulent activity and the Centre will make resources available to national police.

Operational support will be provided during investigations and the centre is expected to liaise with cybercrime investigators, prosecutors, judges and businesses that are affected, the EC said.

"Millions of Europeans use the internet for home banking, online shopping and planning holidays, or to stay in touch with family and friends via online social networks," said Cecilia Malmstrm, European Commissioner for Home Affairs.

"But as the online part of our everyday lives grows, organised crime is following suit - and these crimes affect each and every one of us,"

She added: "We can't let cybercriminals disrupt our digital lives. A European Cybercrime Centre within Europol will become a hub for cooperation in defending an internet that is free, open and safe."

The EC is keen to safeguard citizens as nearly 75 per cent of households now have access to the internet and 36 per cent carry out online banking.

The Commission estimates one million people become victims of cybercrime every day and the cost of cybercrime is approaching $388 billion worldwide.