Given the relatively recent arrival of SSDs, there have been questions over long term reliability, especially when compared to hard drives.

When it comes to the longevity of SSDs two factors need consideration - the reliability of the NAND memory chips and the controller chip.

NAND flash memory production is a mature technology and semiconductor giants such as Intel, Samsung and Toshiba have all honed their skills over the years in producing reliable chips. However, the SSD controller is of much greater importance when it comes to reliability.

SandForce has recently been acquired by LSI, a long established storage vendor, giving the brand some enterprise credibility. Whilst SandForce did encounter problems with its first mass-market controller, the SandForce 2000, the firm has moved on and its controllers are found in Intel's latest 520-Series SSDs further suggesting the firm's troubles are behind it. 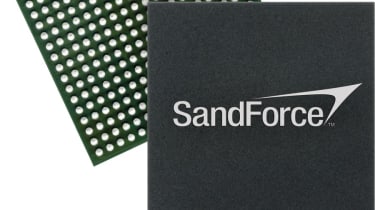 SSDs typically come with three year warranties, which are comparable to those provided by hard drive manufacturers. Intel has taken the lead by providing five year warranties on its two consumer-orientated SSD ranges.

It is always good to have extra coverage for future replacements, but the frantic pace of SSD development means that in three years time it is highly likely users will want to upgrade to faster and larger drives.

Currently, the warranty period offered by manufacturers has little correlation with the endurance of the NAND flash chips, making it a relatively useless indicator of long-term reliability.

It is far more prudent at this stage to base a buying decision on underlying reliability. It is best not be an early adopter and wait a few months for SSD manufacturers to iron out any SSD controller firmware bugs that may exist.

It should also be remembered that warranties do not protect against drive failure and that users should always backup content.