SSDs replace the platter found in hard drives with NAND flash memory chips. While other types of flash memory exist, NAND flash currently has the right balance of price, performance and reliability to make it the preferred choice in SSDs.

NAND flash memory consists of cells, which can be layered. Single layer cell (SLC) NAND flash can store a single bit of data whereas multi layer cell (MLC) can store multiple bits in a single cell meaning storage density can be greatly increased.

SSDs using SLC NAND flash have all but evaporated from the market due to the aggressive development of MLC NAND flash. Even in the enterprise market, which was once dominated by SLC-shod SSDs, conservative vendors such as Intel have moved towards MLC to leverage its price andand capacity benefits. 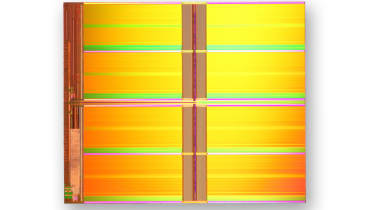 SSD's biggest problem is the drop in performance over time. Hard drive performance varies given the location of data on the platter, whereas SSD performance decreases as the NAND cells go through read/write operations.

TRIM is a command that was developed to mitigate the performance degradation by performing garbage collection and executing a wear-levelling algorithm so that all the cells in the SSD receive an even wear rate. Although TRIM is a command implemented at the SSD controller level, operating system and file system support is needed for proper operation.

Microsoft supports TRIM with NTFS in Windows 7 and Windows Server 2008 R2. The Linux kernel has supported it since version 2.6.38, though not all file systems support it. Apple's Mac OS X 10.7 supports TRIM on the SSDs used by the firm.

TRIM support is almost ubiquitous throughout the SSD market, but it is vital to ensure the operating system supports this feature otherwise the performance degradation will become noticeable within months for heavy workloads.