The Silicon Valley giant opens up a co-working site to inspire entrepreneurs at Silicon Roundabout. 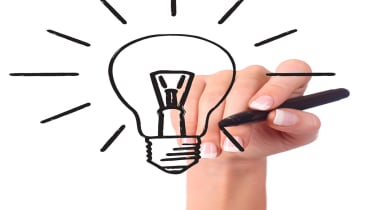 Google has opened a new venue in London's East End to bring together the start-up community and encourage innovation.

Let's fill this town with startups!

The Google Campus is in the heart of the Tech City area on Bonhill Street and provides a seven-story shared working space for individual entrepreneurs or small teams to get together and work on their ideas.

It was officially opened by the Chancellor of the Exchequer George Osborne yesterday, who claimed the investment in the area will help "create the next generation of British technologies."

"We [the Government] do have a quite monumental ambition: To help rebalance our economy and make Britain the technology centre of Europe," he said.

"Tech City and this new Google Campus are at the heart of this ambition.We will not rest until we have realised our goal."

In addition to gaining support from Government, Google teamed up with other local workspace providers, such as TechHub and Seedcamp, to get the campus up and running.

Despite having just opened, the venue is already 90 per cent full, with 60 permanent residents on site and 4,500 registered users planning on visiting the facility. There has also been a large number of requests to join since the doors opened, which Google claimed had almost hit 500, asking for both desk space or to host events there.

"Campus'goal is to create a central meeting point for London's booming techstartup community," said EzeVidra, the head of Google Campus.

"East London is emerging as a world-leading entrepreneurialhub, and we're excited to be a part of it.Let's fill this town with startups!"Google has signed a lease for the building for 10 years.