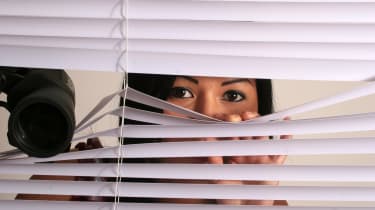 By now, there's a sporting chance that you may already have heard this particular news. It's regarding the government's plan that it's effectively bringing back to life a proposal that was dropped by the previous administration, to enable the broader, real-time monitoring of e-ails and website history.

It's a blanket enforcement that's being proposed, too, that won't require a warrant, and effectively sees the power of the Regulatory Powers Act of 2000 (RIPA) being extended.

I am totally opposed to the idea of governments reading people's emails at will, or creating a new central government database.

This did not go down well the last time it was mooted. Unsurprisingly, it's not gone down too well this time, either. As news filtered out about the plan, an almost-obligatory Twitter-hashtag - #TellDaveEverything cropped up, and you didn't have to look far to find various gradations of ire.

Well, word has leaked' in advance of the Queen's Speech that the Government Communications Headquarters, more commonly known as GCHQ, is to be given extended rights to monitor UK electronic communications.

The information that it will be able to get hold of, without the requirement for any kind of warrant, won't include the content of the communications themselves, but it will cover who they were from and to, the duration, frequency and timings. It will be able to access this information "on demand", reports The Sunday Times, and also as it happens. Furthermore, if GCHQ subsequently gets a warrant, then it can access the content of the communications, too.

This then also means that said communications' content would be stored, which presents challenges in itself, beyond the moral issues, that we'll come to shortly.