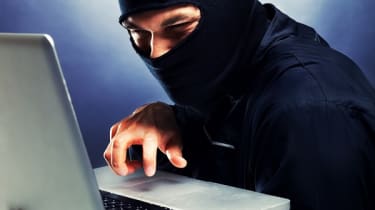 Hacking group Anonymous has followed up its threat to stage weekly attacks against the Government by taking the Home Office website offline.

The group used social networking sites Twitter and Tumblr to declare the launch of a Distributed Denial-Of-Service (DDoS) attack against the Home Office website on Saturday night.

In a series of tweets, published by the Anonymous Operations account, the group said the attack was in protest at the extradition of UK citizens to stand trial in the US.

According to a report on the BBC News site, the attack resulted in the site becoming inaccessible for several hours.

The Saturday night attack followed an earlier tweet by the group on 4 April, which read: "Expect a DDoS every Saturday on the UK Government sites."

Expect a DDoS every Saturday on the UK Government sites.

Graham Gluley, senior technology consultant at security vendor Sophos, said the decision to stage attacks at weekends is unlikely to have been a coincidence.

"My guess is that [a weekend attack] might make life more difficult for those responsible for maintaining the uptime of such sites," Cluley told IT Pro. "Fewer staff are likely to be at work, for instance, and it might be trickier to call in other expertise."

Moreover, he also advised the Government to be prepared for attacks from a range of sources, not just Anonymous.

"Just because Anonymous have made threats doesn't necessarily mean that anything will occur or that attacks will be successful," he explained.

"Nevertheless, departments which feel they may be in the firing line will no doubt be consulting with those who manage their site's infrastructure and internet traffic to see what they can do to assist during times of high traffic," he concluded.

Jeremy Nicholls, business development director for Europe, the Middle East and Africa (EMEA) at DDoS protection vendor Arbor Networks, said the Home Office take down should raise awareness of how susceptible all firms are to attack.

"Any business operating online can become a target, because of who they are, what they sell or who they partner with," explained Nicholls.

"Furthermore, the explosion of inexpensive and readily-accessible attack tools [allows] anyone to carry out DDoS attacks. This has profound implications for the threat landscape, risk profile, network architecture and security deployments of internet-connected organisations."

At the time of writing IT Pro was awaiting an updated response from the Home Office about Saturday night's attacks and the threat the group poses to other Government sites.