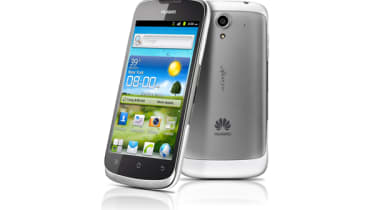 Key specifications of the Ascend G 300 include a 4in WVGA display, a 1GHz Qualcomm Snapdragon processor, 512MB of RAM and 2GB of internal storage. The 130g handset will also come with a 5-megapixel rear camera with LED Flash and micro-SD card slot allowing users to add another 32GB of storage.

A 1500mAh battery will be included to help provide all-day battery life and the back cover is removable so that heavy users can carry a spare.

Huawei will ship the device with Android Gingerbread 2.3 and a basic overlay that is going to be known as the Huawei Android Platform (HAP). The manufacturer has kept features to a minimum with the customisable lockscreen being the main difference over stock Android. 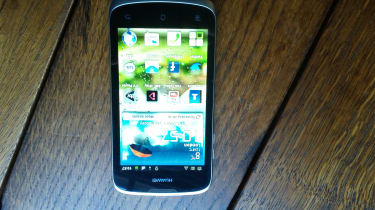 The device will cater to the needs of most users by offering access to email and social networking sites. It will also be able to stream content using Adobe Flash. However, it is the price point that is likely to attract business users, particularly SMBs.

At a preview event, James Powell, product director at Huawei, said the G 300 will pave the way for further, best-in-class devices.

"We're not just releasing cheap devices. We're offering high-end performance and value for money with devices such as the G 300," he said.

Powell also confirmed the handset will be upgradeable to Android 4.0 Ice Cream Sandwich and that high-end Huawei Ascend P and D ranges are set to follow in the summer.

The Ascend G 300 will go on sale this Friday exclusively at Vodafone for three months. The handset will be priced at 110, when purchased with a pay-as-you SIM or for free on a 15.50 per month, 24-month contract. The contract will include 100 minutes, 500 texts and 250MB of data allowance per month.

At present, the Motorola Motoluxe offers similar specifications, but is priced at 230. Although Huawei isn't the first manufacturer to release a 100 Android handset, we have not seen such high specifications at this kind of price point before.

IT Pro will post a full review of the handset soon.