Inside the enterprise: Intel has announced new chips that integrate security and data protection functions. Will this solve one of IT's bigger headaches? 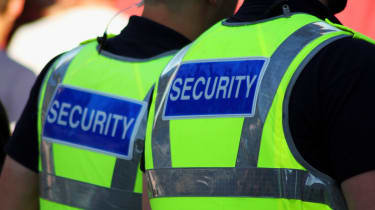 Ever since Intel bought McAfee for just short of 5 billion back in 2010, it was clear that the company was going to make a push into the security space. And, given Intel's prowess as a chip maker and its relative lack of exposure to the software business that push was always likely to focus on hardware, or from embedded systems.

Intel clearly did not buy the security company, in order to become a standalone software vendor, although Intel appears to have nurtured the McAfee brand well enough since then. But most observers expected Intel to weave McAfee's security technology, along with its own knowhow, into its processors, chipsets and motherboard designs.

This week, Intel showed one of the first fruits of this work, at its IDF developer event in Beijing.

The new technology goes by the seemingly strange name of Small Business Advantage, or SBA. SBA will be added to Intel's "Core" range of processors, and brings data security and protection against threats such as viruses, and data loss, as well as performance improvements. The idea is that smaller companies, especially those without an IT department, will find it easier to manage and protect their computers and data. Hence the name.

Intel has also said that the SBA-equipped chips will provide software updates, and help computers to carry out maintenance tasks out of hours, even if the PC is switched off. Intel executives described SBA as "an integrated hardware and software solution", although further details remain sketchy. It is likely, though, that SBA will include automatic anti-malware scanning and updates, at the very least.

This is not, of course, Intel's first step into security hardware: the company's collaboration with Microsoft, among others, created the Trusted Platform Module and allows BitLocker drive encryption. But so far, TPM and BitLocker have been used mostly by larger enterprises.

And Intel is also following Microsoft's lead, in taking on security technologies that once required additional, and sometimes expensive, software. Microsoft provides an entry-level anti-virus application and firewall with Windows Action Center, in Windows 7.

SBA should, in the way that Windows does, provide a base level of security for those without the budget, skills or inclination to deploy more advanced tools. And overall, like Microsoft's efforts, it should make the online world a slightly safer place.

The question for IT professionals is how well the SBA technologies integrate with existing security tools and device management tools, and whether running alternative, rival security software on an SBA-equipped machine will cause conflicts.

As yet, this is not clear. Nor is there much detail on exactly what SBA contains and how, for example, third-party security vendors might be able to leverage the hardware elements of the system to add additional security layers, such as more advanced encryption.

But if even part of what Intel is promising for SBA turns out to be true, smaller IT departments will find their jobs at least a little easier when SBA ships later this year.