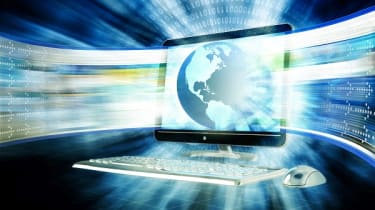 An elementary computer network using the principles of quantum physics has been demonstrated by a group of German scientists.

Boffins at the Max Planck Institute of Quantum Optics created a simple quantum network by joining two atoms with a fibre optic cable. A single photon was used to pass data between the two ends.

While quantum effects have been used in cryptography, using entangled pairs of photons to exchange cryptography keys, this new research shows how two quantum states can be used to create a computer network.

They achieved this using a single rubidium atom trapped in a reflective optical cavity. One atom is at each end of the network and these are connected via an optical fibre. Each rubidium atom is able to store a quantum state called a qubit.

When this atom emits a photon, the state of the atom is encoded in the photon's polarisation. At the other end of the fibre, the atom takes on this polarised state. This means that atoms can be used to store data in the form of qubits while photons transmit data.

However, while the atomic and photonic qubits were proposed fifteen years ago, getting these particles to interact with each other has been difficult.

Stephan Ritter of the Max Planck Institute of Quantum Optics, told Scientific American the problem was that "if you want to use single atoms and single photons, as we do, they hardly interact."