The SyncMaster C24A650X is packed full of interesting features, including wireless connectivity and the ability to rotate 90 degrees. It's targeted at business users, but Samsung hopes to win over the retail market too. 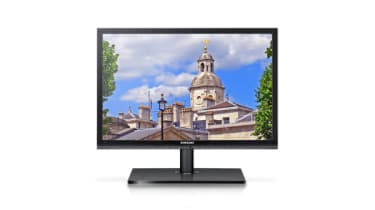 The Eco light sensor sits under the Samsung logo and automatically adjusts the brightness to match the lighting in the room. This is a useful feature that takes away the hassle of having to make manual adjustments. 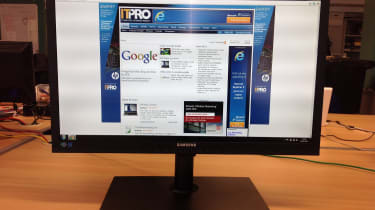 Users who want to optimise settings manually will be pleased to know it is easy using the physical buttons that flank the Eco sensor.

The Menu key provides access to picture, colour, size and setup options. Meanwhile, the HUB key allows you to check which connections are in use and turn on the useful Super Charging USB feature. 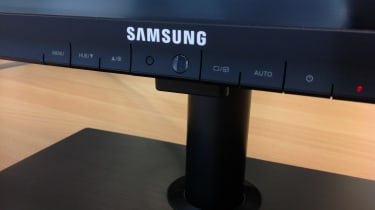 It is also possible to scan between USB, HDMI and analog inputs and trigger an automatic recalibration at the flick of a switch.

The majority of the specifications are similar to competing 24in monitors on the market such as the Acer DX241H. Both come with a maximum resolution of 1920 x 1080.

The Samsung comes with a 250cd/ brightness, which is average for monitors. Skin tones appeared natural and colours were bright. Text was pin sharp, thanks to the deep blacks - an important factor considering the majority of users are going to be typing and reading documents on screen.

The response time of 8ms is slow compared to other monitors, such as the Acer which has a 2ms reaction time. However, the Samsung is suitable in the majority of business environments. Users are primarily going to be concerned with the image quality and this is an area that Samsung excels in.

Samsung needed to do something special to justify this monitor's price, and to a large extent it succeeds. For a start, it gets the basics right: the image quality is just as good as we'd expect to see from a top-end screen.

But the killer feature is the wireless capability. With a bit of imagination, this could make hotdesking an attractive possibility in a business or controlled environments such as hotel business centres. The C24A650X narrowly misses out on an IT Pro award, but full marks to Samsung for innovation.

A high-quality 24in monitor that pivots through 90 degrees. It’s expensive, but in return you buy the capability to wirelessly connect laptops in your workplace, which could make hotdesking a reality.