Analyst claims business innovation is at stake because companies don't value the importance of CIOs. 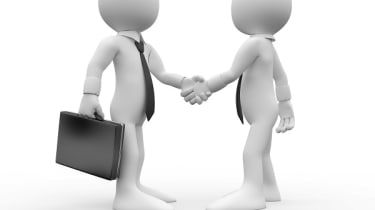 Chief executives (CEOs) of some of the world's largest companies are not developing their chief information officers (CIOs) and missing out on innovation.

This was the conclusion of the latest survey from Gartner, which showed that company heads are still looking to the chief financial officers (CFOs) for strategic advice, rather than their technology leaders.

The survey question 220 CEOs from companies in 25 countries, all with revenues of over $500 million (315 million). A significant 85 per cent of respondents said they expected to be affected by the economic downturn in 2012, but questions remained as to whether they were using their high-level staff to the best of their advantage.

As the information age progresses, the risk of being blindsided by new forms of digital competition is rising.

The main issue fell to innovation. Around half of the CEOs questioned told Gartner they would be investing more in new projects and innovation, but a quarter said they didn't view it as an "explicit discipline."

A third of those polled also claimed they were the drivers of innovation. Numerous other senior roles were also named by the surveyed executives, but CIOs barely received a mention.

"Any CEO who believes that he or she is the innovation leader of the firm must retain a close direct working relationship with the CIO in this age of rapid business digitisation, or risk being blindsided," said Jorge Lopez, vice president and distinguished analyst at Gartner.

"CIOs must improve IT-related competitor intelligence and use that information to build a productive relationship with the person the CEO sees as the leader of innovation."

CIOs are seen as employees that move from company to company, never rising to a more senior role and never staying longer than their next job offer, added Lopez.

"CEOs should re-examine the role the CIO plays today in business innovation and strategy," he said. "As the information age progresses, the risk of being blindsided by new forms of digital competition is rising."

"CIOs and CEOs should discuss with each other what new information would help them manage the business better through uncertain economic times," he added.

"We know most companies have weak management formalism over information strategy and governance; however, information variety, complexity and volume are rising exponentially. Muddling through without discipline will soon start to leave major companies vulnerable to new entrant competition."

Raskino believed it was CIOs that needed to take a leading role with this.

"CIOs should spearhead the development of an information strategy for their firms, concentrating on new kinds of information that might lead to industry disruptions and transformations," he said.

Other findings of the study included CRM being the most popular application companies plan to invest in. Apple was also named as the company CEOs most admired