Hacking collective vows to follow up on recent anti-extradition attacks by aiming at GCHQ site this weekend. 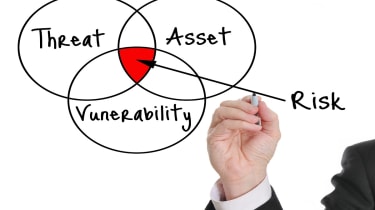 The UK arm of hacker group Anonymous announced it would continue attacks on government websites again this weekend, this time focusing in on surveillance agency GCHQ.

A member of the group made a statement via Twitter (@Anon_central). The planned assault come after a recent spate of DoS attacks on UK government websites over the past few weekends.

The attacks are part of the group's "Operation Trial At Home", which is protesting against the UK government's extradition treaties with the US, which it sees as unfair.

"#Anonymous #OpTrialAtHome Plan #DDoS on GCHQ on Saturday 21st April at 8pm BST & 3pm EDT," Anonymous said in a tweet. "@AnonAteam is asking all Anons to fire lazers at http://ghcq.gov.uk."

It said it supports three British citizens involved in extradition to the US: Gary McKinnon, wanted for seven counts of hacking NASA and Pentagon computers; Richard O'Dwyer, alleged to have infringed copyright in the US and Christopher Tappin, wanted in the US for alleged arm dealing.

The group remain undeterred by the failure of previous attacks on the Home Office and GCHQ websites. The sites were subjected to a sustained Distributed Denial of Service (DDoS) attack that lasted several hours. However, the Home Office admitted in a statement that the attack on Saturday resulted in an intermittent interruption to the service.

Anonymous also claimed to have brought down the websites of MI6 in the UK as well as the Department of Justice and the CIA in the US. A Brazilian hacker called "Havittaja" said they had organised these attacks "for the lulz".