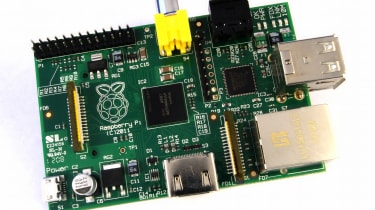 That's an issue which puts UK manufacturing at a serious disadvantage, but one which only the government can address - unlike the second problem. The apparently lackadaisical attitude shown by UK high-tech manufacturing to the relatively small-scale projects, which the Pi first appeared to be. Cost is also an issue, with the Foundation reporting a labour cost delta of 5 to 10 per panel between the UK and China, and service is rather more pressing.

"Chinese companies just work harder for your business," Upton explained in an interview earlier this year. "A Chinese company will work through the weekend phoning up different component suppliers, they'll reduce your cost by getting cheaper parts, and then they'll give you a much shorter schedule at a much lower cost.

"There is a cost element to this, but also a service element; I mean, these Chinese companies are really keen for your business, and that was disappointing to me because there's no reason a British company can't be like that," Upton explained. 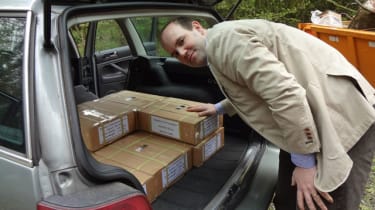 Upton with an early batch of units shipped from China

With a clear market for low-cost devices similar to the Pi, and an indication of how the UK needs to change in order to win back manufacturing orders from the Far East, the opportunities are there.

Another market with potential is with accessories. The first Raspberry Pi Accessory Kits,' providing SD cards pre-loaded with software, 3D printed cases and power supplies, have started to appear in the channel, along with add-on devices like Gert van Loo's Gertboard and the Slice of Pi break-out board from UK-based Ciseco.

With the Pi expected to sell many tens of thousands of units world-wide, there's a real market for complementary products - and that's a market which the UK technology industry should be thinking about exploiting.

Looking away from the short term and further into the future, the Pi starts to have a real impact. The launch of the device saw such unprecedented demand that distribution and manufacturing partners Farnell and RS Components had their global websites downed under the traffic, and the devices are still proving hard to come by despite strong production schedules.

Although many of the Pi's current buyers are hackers and tinkerers, the Foundation's stated goal is to produce a device which can be used to further the improvement of computing education in the UK and abroad.