Inside the enterprise: The UK has been slow to deploy the latest mobile broadband technology, but the latest trials show it should not be far off. 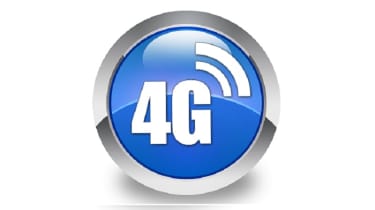 This week, the UK completed the latest, and largest, step in its switchover from analogue TV to digital as analogue transmissions ended in the London area.

The switch is bad news for fans of teletext services (Ceefax, the BBC's service, is now only visible in Northern Ireland and the North East). But the move is a critical step in freeing up scarce airwaves for new applications, and in particular, new high-speed mobile and broadband services.

The development of 4G, high-speed mobile data services has moved less quickly in the UK than in Asia, the US or even countries such as Germany.

One reason is that consultations about the 4G spectrum auction here have dragged on pressure for a quicker resolution, to enable the networks to start rolling out services, has been building for a couple of years now.

But there is better news. Whilst Ofcom has been working out the legal framework for selling off spectrum, the broadcasters have been moving their transmissions over to digital services and the mobile networks have continued to work on their trials and tests. Results so far suggest that once the new spectrum is allocated, 4G services could roll out quite quickly.

And this will not come a moment too soon. Already, the existing 3G data network is under strain, and pressure will only continue as consumers buy smartphones, businesses switch to tablets, and the number of machine to machine connections in everything from surveillance cameras to coffee machines grows.

The problem faced by the industry, and by businesses that rely on mobile data services, is very real. Ronan Dunne, CEO of o2 UK, says that the move to 4G will give between 20 and 40 times as much spectrum to the networks as today's technologies are able to deliver. Mobile data use is currently more than doubling each year, and in some areas, such as urban centres, the networks are running out of data capacity.

To work out how 4G will function under real world, rather than lab, conditions the networks have been carrying out a number of trials. O2 recently released some results from its tests in the London area, which suggest that customers will see download speeds of between 20 and 50mbps. The operator is using LTE (long-term evolution) 4G technology, which has a theoretical maximum throughput of 150mbps.

Of course, most users will not see and may not need a 150mbps connection from a device such as the iPad. But where they will benefit is from a more even coverage of higher-bandwidth connections, and the removal of delays from the network.

Tests by o2, for example, suggest that 4G connections will be more responsive (and, in the technical parlance, have reduced latency and jitter). This will greatly improve the feel of services such as video conferencing or streaming even if it does mean no more Ceefax.