Google, and that 5GB free storage

Inside the enterprise: The search giant has officially announced its cloud storage offering. Is this good for business, or another security risk? 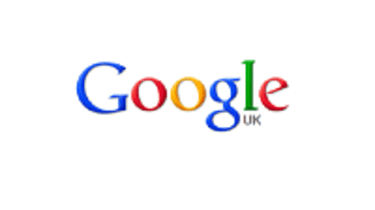 Seasoned Google watchers will have heard the rumours months ago: the search engine to internet services giant is going after the online storage market. And this week, Google confirmed the launch of Google Drive, going head to head with Microsoft's Skydrive, Apple's iCloud and services such as Dropbox.

Google's service follows a fairly standard model, with a free account including 5GB of storage, and paid options of 25GB, 100GB or 1TB, the latter costing $49.99 (31) a month. And via Google Apps, Google Drive can expand to a whopping 16TB as much as a decent RAID array although at $799 (495) a month, it is hardly a cheap option. Google is also working with third-party developers to create additional applications, which users will be able to add to their Drive accounts to do anything from, Google says, send a fax to editing a video.

This compares favourably to services such as Dropbox, which provides 2GB of free storage, although users can increase this quite nicely through referring friends or colleagues to the service. And unsurprisingly Google undercuts dropbox for paid-for services, charging $4.99 a month for 100GB, against Dropbox's $19.99.

Of course, many Dropbox and Microsoft Skydrive users might just sign up for a Google Drive account too, to access an extra 5GB of storage. Storage is one of those things, after all, that it's hard to have too much of.

But this can cause problems for companies, and even individuals, when it comes to keeping track of data, and keeping it secure.

This is not to say that Google's offering is any more, or any less, secure than rivals. But as is often the way with cloud services, Google makes no mention of security in its consumer pages about Drive.

For that, you have to drill down into the Google Apps for Business' security section of Google's site. At least there is some information there, even though critical detail, such as where Google keeps the data, is not. Some business users might also question Google's demand, in the small print, that it has the right to "use, host, store, reproduce, modify" (the list goes on) "such content".

This might not be a great option, then, for media companies, or those developing sensitive IP. Google has said it will not resell users' personal files, but a layman's reading of the T&Cs suggest that it could[i/].

A more difficult task still for IT, though, will be keeping track of the plethora of consumer-focused storage and sharing services that staff could, and probably do, use. It is bad enough trying to enforce data security and privacy policies on internal networks and servers; it is something else entirely when that data is hosted by a third party. And the more services employees use, the trickier that becomes.

IT professionals should not dismiss Google Drive out of hand; after all, other Google consumer products, including Gmail and Android, are now firmly entrenched in the enterprise. But companies need robust data management and privacy policies, and anyone storing sensitive data needs to be aware of these. And that applies whether t the storage medium is a 16TB Google Drive array, or a free USB stick from a trade show.