We go behind the scenes to see 3D printers, ERP systems and a 60 Teraflop Computation Fluid Dynamics Cluster in action at the team's site in Banbury. 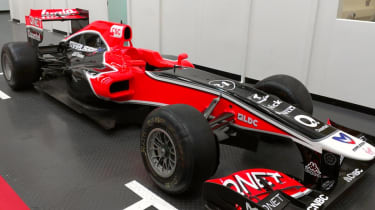 Formula 1 is all about pushing the boundaries of speed, so it's no surprise technology plays a huge role in building cars, let alone getting them to the end of a race.

The Marussia F1 team uses enormous amounts of technology including 3D printers to build prototype parts, a Sage ERP system to monitor inventory and a mammoth 60 Teraflop cluster to carry out simulations.

Before we delve into the technology, lets get a bit of background about one of the newest teams in the paddock. Marussia F1 debuted back in 2010 under the Virgin Racing banner.

So far the team has a best-placed finish of 14th, in what is considered to be one of the most high-tech and competitive sports in the world.

Kevin Lee, operations director at Marussia F1, has set an ambitious target of achieving a podium place at the inaugural Russian GP in 2014.

We took a look behind the scenes of the company's factory in Banbury to see the effort that goes into building a Marussia F1 racing car. 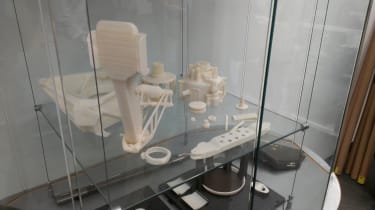 There are over 4500 parts on each car, but constant enhancements mean this number rapidly increases throughout the season. Lee estimated around a third of the parts on the car change between the first and last race of the year.

Every part is designed in-house and then custom built by a supplier. Marussia F1 does not manufacturer any parts in-house at present, but engineers are able to create prototypes, as seen above. These parts are made using a 3D printer, which builds layers of Resin to create the piece. This process can take around 24 hours, depending on the size of the part. 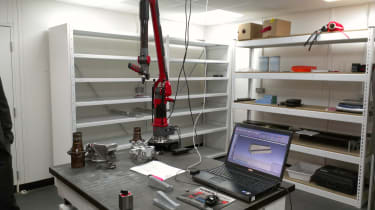 To ensure reliability, all parts are thoroughly inspected. A measuring probe with an industrial ruby on the end is used to check the tolerance of parts. It is possible to measure up to a Micron (0.001mm), which is smaller than a particle of dust (0.004mm).

Formula 1 car parts are extremely complex. A team of engineers is needed to simply start Murussia's Cosworth engine, which must be warmed for 40 minutes prior to doing so.