This £100 Android smartphone comes with meaty specifications including a 4in display, 1GHz Qualcomm processor, 512MB of RAM and 5-megapixel camera. Despite its budget nature, and the use of Android 2.3, Huawei hasn't compromised on performance or battery life. 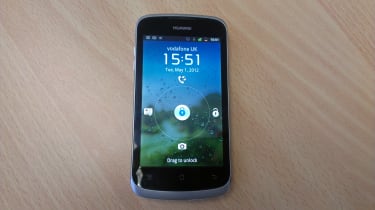 Huawei is the latest manufacturer to offer a 100 device in conjunction with Vodafone. But until now, budget smartphones haven't offered the high performance demanded by business users.

Fellow Chinese handset maker ZTE launched a 99 device in the form of the Blade/Orange San Francisco, but this was disappointing. Can Huawei do any better?

The G 300 gives a positive first impression, as the specifications emblazoned on the box offer hope of high-performance. The firm has included a 4in TFT display, 1GHz processor, 512MB of RAM and a 5-megapixel camera. These features put it in the territory of devices such as the Motorola Motoluxe and the older HTC Desire S, but for a third of the price. 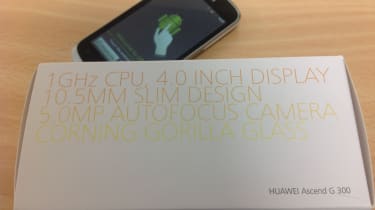 The G 300 packs a single-core 1GHz Qualcomm MSM7227A processor and 512MB of RAM. We were disappointed with the internal memory allocation. The 2GB is measly and will get used up quickly, but this is supplemented by the microSD card slot, which allows users to add another 32GB.

Performance isn't too far behind dual-core and quad-core devices. The Geekbench benchmark, which measures processor and memory detected a 1.01GHz clock speed and 395MB of RAM in the G 300. The device received an overall score of 520.

Webpage loading times were clocked at 3495.7ms using the SunSpider Javascript test. This is faster than the Motoluxe, which averaged a pedestrian 7019.4ms. The Huawei is still a couple of seconds slower than dual-core and quad-core counterparts, which load pages in sub-2000ms times.

As the benchmarks suggest the device is quick, and can cope comfortably with web browsing, video playback and games. We did experience some split second pauses when opening busy webpages, but we're not talking frustrating waiting times.