The manufacturing hub has a massive counterfeit problem, which is costing businesses millions. 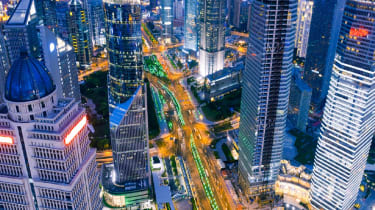 COMMENT: Firms such Apple, HP and even the Raspberry Pi Foundation have goods manufactured in China.

There's something very attractive (taking talk of conditions, morals and whether such practices are OK or not out of the equation) about the fact highly skilled workers are available for the fraction of the price when contrasted to places such as the UK.

However, whilst China may be the place from which to build and ship products, it's also a haven for counterfeiting. It is estimated that the Chinese black market cost firms approximately $20 billion a year in profits and the technology industry is one of the most seriously hit.

Walking through the shops in Shanghai, it's easy to see why. There are literally hundreds of iPad clones running Android, fake iPhones and software such as Windows 7 Ultimate and Rosetta Stone being sold for a pittance (the equivalent of 5 to be more precise). 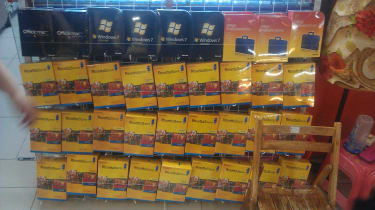 We were quoted a price of 85 for an "iPhone 4S", which had a suspiciously small screen, ran what looked to be a Spanish version "iOS" and had a perpetually low battery. Although it seems unlikely that a business person from the UK would buy such as device, there appears to be demand from those who cannot afford the real thing. 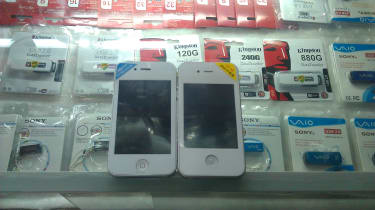 Not everything is counterfeit. Walk into one of the countless dedicated electronics plazas and you'll be greeted with shops prominently showcasing real Apple iPads and iPhones. There also seems to be an appetite for Dr. Dre Beats headphones at the moment too.

Interestingly, goods from Chinese manufacturers such as Huawei and ZTE are not so prevalent, perhaps as they have yet to have a product that is a worldwide hit. Even Samsung, which is popular in the western market takes a backseat. 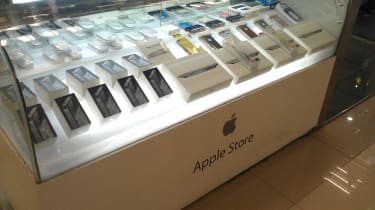 It will be interesting to see if counterfeiting is clamped down on in China, as the region grows in importance for many technology firms. But we don't see the black market slowing down any time soon.

IT Pro is in Shanghai, China for HP's Global Influencer Summit 2012, where the firm will be providing an update of its PC business and give us a sneak peek into the latest devices that are expected to be released. Check back on the site for news and product reviews from the event.