IT salaries are on the rise, but not yet enough to outpace inflation. 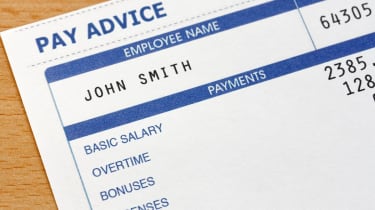 IT workers effectively received a 4.3 per cent pay rise last year, making them much better off than their non-tech peers but still at a loss thanks to inflation.

So claims stats provided by business and technology staffing company ReThink Recruitment, which showed, in 2011, the average IT salary was 40,140. This compared with 38,500 in 2010.

The UK average for pay rises, meanwhile, was just 2.3 per cent.

While that all sounds great for those working in the IT industry, the figures aren't as positive as they might appear at first glance.

"Although pay for IT staff has shown positive growth over the last year, runaway inflation will have eroded take home pay," said ReThink director Michael Bennett.

"Salaries for many IT staff have actually fallen in real terms. However, when compared with the average UK worker, IT staff salaries are still ahead of the game. Everyone has taken a hit, but less so for people in IT."

There could be good news on the horizon, though. With the current inflation rate down to 3.5 per cent, the rise may outstrip inflation next year, according to Bennett.

"There is much more demand for IT talent these days. IT has the most demand across all sectors, from retail to healthcare," he added.

But he was cautious about being too optimistic, citing the second economic downturn and Greece's financial woes as a possible obstacle to UK IT growth.

"We're confident, but not stupidly confident. It's a good sector to be in, but anything could happen right now," he said.

"Pay for IT workers is now recovering well," Bennet added.

"IT directors are finding it increasingly difficult to retain and motivate staff with years of back-to-back pay freezes. Our annual survey of IT directors found that are more willing to increase pay."