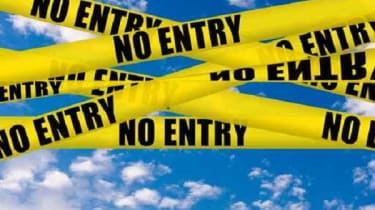 Hackers have stolen digital currency worth a total of 54,000 ($87,000) from cloud servers belonging to Bitcoin exchange Bitcoinica.

Zhou Tong, the 17-year-old exchange founder, said on the company's blog that the site had been taken down following a suspicious transaction of 18,547.66 Bitcoins (54,000).

The overwhelming majority of our Bitcoin deposits were not stolen. The thief sole from us, not you.

The heist took place at 1pm GMT on 11 May, according to the Bitcoinica blog post. It said that, while only a small amount of its reserves were plundered, all withdrawal requests would be honoured once the exchange reopens.

"It is with much regret that we write to inform our users of a recent security breach at Bitcoinica," the post stated. "The overwhelming majority of our Bitcoin deposits were not stolen. The thief stole from us, not you. All withdrawal requests will be honoured."

It added that one of the website's databases was also compromised but, as Bitcoinica "uses the most stringent practices for password security", it would be "extremely unlikely" that full database access would give the attacker knowledge of user passwords.

In comments made by Zhou on online forum bitcointalk.org, the thieves struck at a server hosted by Rackspace.

Zhou said that he first noticed that something was wrong when he received several emails regarding a password reset for their Rackspace account. Afterwards he connected to the Bitcoin wallet server via SSH and "found that everything [had] gone."

After he contacted Rackspace, the company suspended all servers. But Zhou said that the hacker managed to recreate the server "using our database backup".

The hacker still had an open session on the server and the company has not found a way to shut out the hacker or hackers, he added.

In a further post, Zhou said he would "discontinue all involvement" in Bitcoin-related projects until the incident is resolved.

In March, hackers also made off with 141,000 of Bitcoins from Bitcoinica. That time the server was hosted by Linode.