Citrix takes on the mobile cloud at Synergy 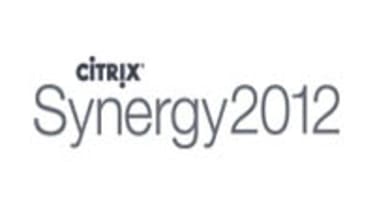 The Citrix Synergy conference in San Francisco earlier this month attracted 6,300 virtual desktop devotees who wanted to hear Mark Templeton, the company's chairman and CEO, announce new products and reveal what they can look forward to in the future.

The assumptions of five to 10 years ago have now been replaced by the exceptions of that time.

Citrix has ploughed a fairly lone furrow in championing the virtual desktop infrastructure (VDI) rather than competing directly with VMware, Red Hat, Microsoft et al in the virtualisation of the datacentre. With the arrival of tablets and smartphones as business tools, small apps have provided an adjunct to business software suites but mobile access to the power of these memory hungry applications is still needed to enable the majority of workers to be able to work from locations other than the corporate offices.

In a panel session at Synergy, Douglas Soltesz, CIO of New Jersey-based haulage company Budd Van Lines, pointed out that winter weather can be a problem. The company operates nationwide but there are times when the headquarters' staff are snowbound. The company's VDI system enables them to work from home to keep the trucks rolling elsewhere. This requires remote access to corporate data and applications and, with the current move towards enabling workers to choose their own devices, VDI is proving to be a powerful architecture which Citrix is filling out with updated and new products.

It is hardly surprising, therefore, that Templeton decided to split his announcements into the two distinct, but complementary, areas of mobile and cloud services.

In his opening keynote, Templeton pointed out that the IT world we knew it has been turned upside down.

"The assumptions of five to 10 years ago have now been replaced by the exceptions of that time," he said.

The assumptions he referred to were the standard working practices that an office-based workforce would use company hardware situated on its premises with everything linked by a wired network running monolithic application suites. This was easily deployed because it was the accepted way to do business and suppliers provided products to fit this assumption.

The exceptions of that time were the companies that wanted to introduce a more flexible environment patched together by pioneering products requiring specialist knowledge and technical expertise to fit them together. Templeton described this as a mobile workforce using personal devices connected wirelessly to cloud services using "microcentric" applications, selected from prototype app stores, designed to fit the specific role and specialist needs of an employee.

Today, he claimed, these options have been reversed and the mobile device has almost become the norm while the PC era has started to fade into history. In other words, the world is changing from a company-based IT infrastructure to a people-based one, which blends lifestyle with work. Instead of an eight-hour block of work in an office, employees can now segment their day between personal interests and business affairs.

As this develops, they will become adept at sculpting their day around their interests and personal obligations, such as picking up their children from school, without detracting from their work commitments.

That is the pure theory but, as was pointed to in a press Q&A, it was a somewhat halcyon view of a workstyle that would not appeal to every community or national culture. Templeton countered this by saying that it was necessary if the challenges of the changing world order were to be met.

"We are seeing the re-emergence of economies like China, India, Brazil and Russia which are not locked into the technologies and mindsets of old," he said.

He added: "We have a lot to learn about breaking away from these assumptions of the past and our economies will have to rely on people of courage who are not bothered by change."

Templeton thinks Citrix is set to enter a new phase in which it has a leadership role but, as he said, that will rely on companies biting the bullet and embracing radical change. Enterprises are conservative but will accept change when logical argument is presented. The challenge for Citrix is to make its voice heard in an industry that is listening to the old regime companies like Microsoft, Apple, IBM and HP.

Announcing the products and services that Citrix is rolling out to support the new IT landscape, Templeton first addressed what he called the Mobile Workstyle.

For Citrix, mobility is based on four supporting pillars: people, data, apps and devices. These all interlink in various ways to create a range of options to develop a platform to suit individual company needs.

Under the People heading, the company has drawn upon last month's acquisition of Podio to bring a team-based collaborative social network into Citrix's portfolio. Templeton said that this cloud-based service allows groups of workers to collaborate on projects in real-time even when away from base.

The social network also includes template apps that can be used as-is or can be modified to suit specific needs. These forms-based apps can also be created by non-programming users to ensure a job gets done efficiently. As an introduction to this new workplace, Podio is being offered free for up to five users.

Citrix is also adding to its existing helpdesk-style GoTo product range. GoToMeeting has been kept up to date with the addition of HDFaces for the new high resolution Apple iPad. This takes advantage of the Retina display screen and improved processing power of the iPad to provide a slick video/audio conferencing capability.

GoToAssist, the IT department helpdesk, has been improved to allow support staff to continue to work while away from their desks by using mobile devices when a trouble ticket request is received. This could improve a business by not holding up a user because the expert required is out on another call.

Citrix has also added GoToTraining which offers the ability to create training programmes or to import ready-made made courses for remote learning.

In the Data segment, Citrix FileShare forms a cloud-based, secure file sharing service which also allows a subscriber to access their own documents from any device as well as shared data. The product includes a StorageZones capability so that data can be stored in specific geographical locations to satisfy government regulations or just to keep data closer to the user's location.

To facilitate the use of ShareFile, the company is adding a connector to its Citrix Receiver software, which runs on client devices. Once the data location is set, users can access their information to read or modify it using Android or Apple iOS smartphones and tablets, thin clients or traditional PCs without worrying about where to store any changed items.

Citrix's mobile strategy for Apps is mainly built around XenDesktop accessing Microsoft products regardless of the operating system built into the hardware. It supports the common platforms of Android, iOS, BlackBerry and even Google Chrome as well as MacOS and Windows.

The principal announcement was RemotePC, a product that allows a desktop system to be turned into a VDI server, or hub, so that a worker can access the desktop remotely from a mobile device. When access is requested, the desktop wakes up from its sleep mode but the screen remains dark so that anyone near the hub cannot see what the remote worker is doing. Remote PC forms part of the FlexCast element of XenDesktop.

On the Devices front, Citrix announced the acquisition of Virtual Computer, a provider of enterprise-scale management solutions for Xen-based client hypervisors. This will be embedded into a new XenClient release, named XenClient Enterprise. Corporates will be able to configure virtual images for provisioning laptops in what the company describes as virtual desktops to go. It claimed this will reduce the cost and improve the security of laptops when large fleets of laptops are commissioned.

Citrix HDX System-on-Chip (SoC), which was launched last October at Citrix Synergy in Barcelona is gaining ground, according to Templeton..

This compression of board circuitry down to the chip level is reducing the cost of thin clients. Hardware that cost 250 last October have been superceded by clients that cost 125 today and Templeton claimed that a new client will be announced by Centem for only 99 in the near future.

On the cloud front, the company is moving the technology forward rather than just filling out existing sectors, Templeton said. A second version of CloudGateway, which was first introduced last October at Synergy Europe in Barcelona, is pushing the distribution of apps into the cloud rather than providing this as a data centre service.

With the arrival of the app-based mobile world, Citrix claims that the average IT department now has to manage 216 apps compared with around 20 convention applications in the PC era. Managing the distribution of these apps is a headache that can be relieved by allowing mobile users to select their own tools.

CloudGateway 2 allows users to access apps they may need for their work as and when required from a selection tailored to each job function. These can be run in the cloud from almost any device regardless of the operating system that is in use. The remote running means that a Bring Your Own Device policy can be applied much more flexibly and with less of a management burden than with conventional downloading for running on the device itself.

Citrix has also added a link to ShareFile within CloudGateway which allows access to documents and files. By clicking on a required item, the relevant application is launched to display the data.

Templeton kept the best till last announcing that XenDesktop and XenApp functionality is being developed as a cloud service. This will enable Windows virtual desktops to be configured and distributed through the cloud.

The details are still a bit sketchy as the system is not yet in beta but the principle is to allow the configuring of virtual Windows desktops by clicking on tick boxes to select the services required. For example, selecting Microsoft Exchange will set up a user with a mailbox and an Outlook interface, automating the complex process of creating the email system manually.

Later he explained that the cost of rolling out VDI is not helped by the fact that he has to factor in a per-desktop licensing charge that totals around $50,000 (30,000) on top of the Citrix licences. This can reduce the attractiveness of VDI because it increases the overall costs tremendously even though he claimed that the ease of use and simplification of the management of the system offsets the cost over time.