Steve’s been playing with the Windows Azure beta. But what does he think? Read on to find out. 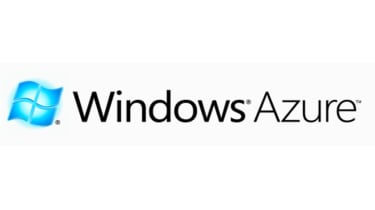 It feels like a me-too job, I have to admit. But that's before I sat down and worked my way through it.

The new beta program on Windows Azure follows on from the somewhat earlier release of Amazon's Free Tier Windows Server instances. It could be that Azure is playing catch-up and Amazon hit the chequered flag first, but on the other hand, it could also be that Azure was getting ready for months and this offering is the more fully developed of the two.

It leaves the user in a little private IP address cul-de-sac. Situation Normal if you are a web person, but pretty much the opposite, if you are an internal network, big-company Windows person.

The way that big cloud hosts work their demos is going to swing an important decision for lots of choosers - so how does the AWS review I did for IT Pro stack up against Azure? The first observation requires me to talk a bit about what happens behind the scenes for us journalists. Many of us get a complementary account on MSDN - the Microsoft Developer Network. In my case, every time I go to MS TechEd in either Europe or the US, like every other delegate, I get a year's MSDN access. It's given "for free" (if you discount the various costs of getting to and living during TechEd, that is. I calculate it's actually about three times the cost of simply signing up to the subscription while staying at home).

I use my Live ID as my MSDN identifier, which has been around forever - it's been through lots of different subtypes of Microsoft subscription over the years and most recently it got used to link my Xbox 360 and Kinect sensor to the various net services and video-on-demand streamer services that appear for that platform. Nay, still your irritation at my apparent diversion! My point is that as I went through the Azure menus and started to track down the VM Role Beta Program, I was not that surprised to find that Azure knows about me as a credit-less MSDN subscriber. I was not surprised to see the exceedingly small slices that Azure cuts its VM guests into (shared processor being the smallest - smaller than AWS manages). But I was a bit surprised to find that there is no totally-zero-cost "plan" for the Azure beta - and that the Azure sign up process managed to find my Xbox Live credit card, and offer me the option of being charged on that, should any charges arise at any point. I also got sent a very detailed bill. It totaled 0.00.

After a Silverlight update on my Snow Leopard Mac, I was hankering after some server-side action in the Beta, but then spent an hour or two waiting while my application to be in the Beta remained at Pending. This wait turned into 48 hours.

Here is where the conclusions I draw become more of a commentary about tribes inside the IT profession than a straightforward comparison of features in a pair of products. This is mostly because that's the truth about AWS versus Azure VM Role. It's also because the Beta program VM building instructions encourage you to make your VM by using your local resources and then uploading, which means that I have a truly remarkable amount of time on my hands, because, even though I have a business-grade, native IPv6 Internet connection at home, there is just no way that is going to finish in anything like the short lunchtime it took to do the equivalent job on Amazon.

I am sure that some readers will instantly tick the box in the Amazon column, and possibly nip off for a bit of crowing or gloating somewhere online after they've done it. But hold fast there chaps, because I am not at all convinced Amazon has struck the right balance here.

By adopting its online-provision model it has given the whole online world a free preview of both Windows 2008 Server, and RDP access to it. Having done so, it leaves the user in a little private IP address cul-de-sac. Situation Normal if you are a web person, but pretty much the opposite, if you are an internal network, big-company Windows person. Azure goes about the whole process upside-down as part of the definition of who you are and where you are, Azure wants to create an Endpoint inside your LAN, which is the landing zone for the traffic from your cloud-borne VM Role server.

I wouldn't like to defend the assertion that it follows naturally that you then upload 15GB of VHD file to Azure as the boot volume of your neat little server but I would say that there are definitely midrange to big IT people for whom this will not seem impositional.

Indeed, taken as a whole, this approach to both validating access to your Azure resources, and then validating your rights to be using Windows Server and whatever else follows on from there, makes more sense seen from the big company chair, than does the more freewheeling Amazon approach to the issue.

But you can't get away from the satisfaction delay! I think Microsoft has lost contact with its longer term history here. Almost never do big IT departments manage their own revolutions, and in this respect it is no different from any other big bureaucracy made up of ordinary human beings. I can see a lot of slow-moving decision makers feeling that the fully fleshed-out, approval-positive approach taken by Azure is exactly in line with what they expect, and I also imagine an appraisal inside Microsoft where some senior architect can say "you told me to make a better VM for our customer base, and there it is."

Both of those approaches can still be completely overwhelmed by the click-and-go immediacy of the AWS approach. A bad person can trivially use AWS, whether they are a maverick profit-centre in a multinational or a credit card thief on the FBI's Most Wanted list. I can't see the same ease of setup in Azure VM Roles, and I expect there's a tribe who are delighted to hear it.

I'd like to be able to write about the other thing that features highly in people's views on cloud-based infrastructure - overall speed and performance but my upload is nowhere near finished yet. That's strictly down to me, where I live and what I can afford, not down to either Azure or AWS.

So I am probably going to annoy some people by talking about this being a chalk and cheese comparison. What you have to do is understand what type of shop you're in, before you start down the road of picking one host over the other. Outsiders (broadly) will be happier with Amazon, and its notions of big IT being a bloated, lumbering and unresponsive hippo will be bolstered by the comparison. Insiders with desperate needs to scale up a deeply historied and fully populated Windows Active Directory monolith will love Azure VM Roles, and very likely not want to explain to the user population just why it's so good for their needs.