Dell's 2U server boasts redesigned controllers, a new cache-to-flash feature, plenty of room to expand and an excellent price point. 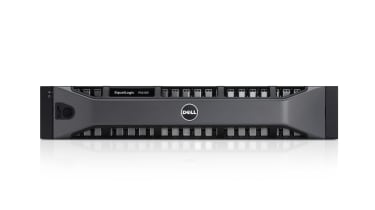 The PS6100XS is one of six new PS6100 appliances introduced by Dell, which use automatic tiered storage and a hybrid array of SSDs and SAS hard disks. It's specifically designed to deliver the high IOPS needed by mission critical databases, VDI and big Exchange servers.

An important change to the entire EqualLogic family is the wholesale move to Dell manufactured hardware. This brings a significant drop in prices and comparing the PS6100XS with the Nimble Storage CS240 (65,540 Ex VAT) puts this in perspective.

Dell has redesigned its controllers which support the new cache-to-flash feature. In the event of a complete failure, a capacitor provides enough juice for the controllers to write their cache contents to flash memory. 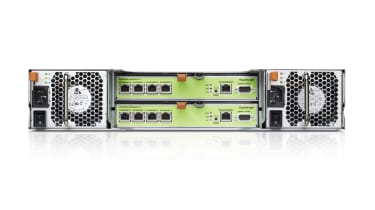 The controllers don't run in the traditional active/standby mode as they use Dell's new vertical port failover. If a port on the primary controller fails, it will use the corresponding port in the secondary controller.

The appliance comes with all drives preconfigured in an accelerated RAID-6 array. Data tiering is fully automated where hot data consisting of 15MB pages is placed on the SSDs for faster access.

Expansion potential is excellent as up to sixteen appliances can be placed in a group and presented to the network as a logical storage pool. Although each appliance looks after its own RAID arrays, the storage on all members is made available as a single entity.

Volumes created within this space are presented as iSCSI targets but the volume data is spread across up to three group members which are chosen at random. This makes it a cinch to add more appliances to a group and they can be removed just as easily as their data is evacuated to other group members.