Storage giant's backup division claims a thousand of its customers have now ditched tape for disk. 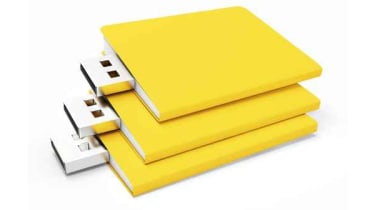 During a media session at EMC World in Las Vegas, to announce the launch of Data Domain's new DD990 deduplication storage system, BJ Jenkins, president of EMC's backup and recovery systems, said a thousand of its customers have now ditched tape completely.

"We are continuing to see disk replacing tape [because of the] power of deduplication, which is helping them recover [their data] faster," said Jenkins.

"If they have an outage, they lose a piece of data, how that IT department will be measured is not by how well they back up, but by how quickly they recover. Deduplication helps them on both sides."

"The recovery process [with tape] is slow, it's labour intensive, complicated and, more times than not, it seems like it doesn't actually work," said Jackson.

Citing the work EMC-owned Data Domain has done with its deduplication products and appliances, he said new replication and deduplication technologies have made tape redundant in the datacentre.

"Once you have [dedup appliances] in your data centre, there's really no need to have tape for operational recovery," claimed Jackson.

"The portability of tape [for offsite protection] is often talked about because it's convenient, but it's also risky. Once you can replicate data from site to site over a network, you don't need tape."

The company's new DD990 offering, which boasts 65PB of storage space for long-term data retention, is also a good fit for customers that want to ditch tapes for archiving purposes, claimed Jackson.

"A lot of customers will keep their tapes and call it archiving, in case they need it. The [DD990] has an active tier, where you keep your daily back ups, and there is an archive tier which is where you might keep data for seven years," he explained.

"Over time we've knocked off all the use cases for tape," he added.