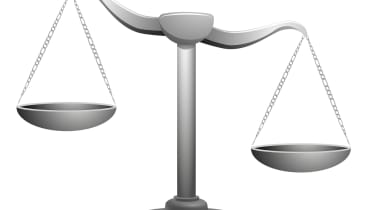 Market forces and legal issues could force cloud service providers to offer more flexible terms to their customers, according to an academic study.

Standard "one-size-fits-all" terms are often weighted in favour of the provider, and many are potentially non-compliant, invalid or unenforceable in some countries, the project found.

The research, by the Cloud Legal Project at the Centre for Commercial Law Studies at Queen Mary College in East London was based on in-depth interviews with global and UK cloud providers, cloud users, law firms and other market players.

It found many providers do not take into account that users, especially in Europe, have regulatory or other legal obligations and may need to demonstrate compliance to regulators.

Professor Christopher Millard, lead academic on the Cloud Legal Project (CLP) said that these were key contractual issues of concern to users in the cloud market "at this relatively immature stage of cloud adoption".

"To remain competitive, providers may have to be more aware of user concerns, more flexible in negotiations, and more willing to demonstrate the security and robustness of their services."

He added that in middle or low value markets, choice is still limited, and many contract terms are still inadequate or inappropriate for SME users' needs, as they may lack the bargaining power to force contract changes.

But the research found there were signs of market development, where large users have negotiated amendments and helped educate providers about user concerns and these changes, the report said, are likely to filter down to the middle market at least. Changes to providers' standard terms may also filter up from regulatory action affecting the consumer market.

"The findings suggest that more customer-friendly terms are being demanded by large cloud users such as governments and financial institutions, and being offered or agreed by niche specialist providers and market entrants - making contract terms a source of competitive advantage," said CLP research consultant, Kuan Hon.