Inside the enterprise: Building a $100bn tech company is a tall order. But the UK could still boost its technology industry, argues one expert. 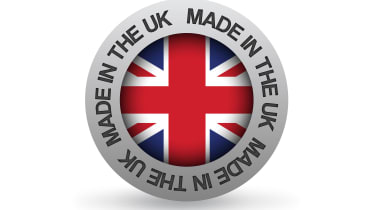 Shares in Facebook might have fared less than well since the company's IPO, but its rise is still remarkable for a company founded in a Harvard dorm room.

But could the UK ever produce a company to rival Facebook? This country's track record for nurturing technology businesses is, at best, mixed. For all the attention lavished on Silicon Roundabout (or Tech City, as the Government prefers to call it), the UK is no longer at the forefront of the industry.

In fact, the London Stock Exchange now lists only a handful of businesses that can truly be described as technology, aside from the honourable exceptions of telecoms providers Inmarsat, Vodafone and BT.

The British pure-play technology companies include chip maker ARM and business software vendor Sage. Until it was snapped up by HP last October, their number also included Autonomy.

The company operates as a separate division of HP, even as its parent company starts to roll out Autonomy technology to its wider product and service portfolios.

The path taken by Autonomy is one that has been followed by UK technology companies before and is likely to be taken by more in the future.

The problem for the UK technology industry is not that the country lacks inventions or ideas, but the structure needed to turn those into world-class businesses.

According to Mike Lynch, Autonomy's founder and outgoing CEO the problem manifests itself at two levels.

The first is during the start up phase: UK companies do not have access to the seed capital enjoyed by Silicon Valley firms.

The second problem comes later, when businesses start to grow, and venture capitalists (VC) see a possible exit for their investment.

"But often in the UK, the VCs sell a business to a US player for $50 million, when it could have gone on to become a $500 million or even $5 billion company."

There are also market, technical, and financial reasons for the one-way traffic seen between the UK and the US. It is much harder for UK companies to buy into, or buy up, US businesses, although it has been done in other fields, such as aerospace and defence.

US companies also have the advantage of a much larger and integrated domestic market.

But for Lynch, who oversaw the sale of Autonomy to HP for 7.1bn, it is not about creating another $100 billion company. Facebook, he suggests, is a special case. "We want a run of $10 billion technology businesses in the UK. That would be great for the economy," he says.

We have the ideas, now it is time to build the infrastructure.