Autonomy chief Mike Lynch is just the latest exec to step away from HP. 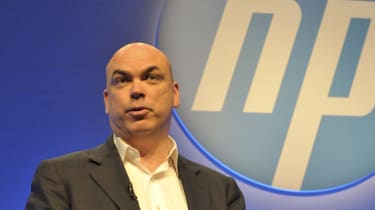 Mike Lynch's departure from Autonomy is the latest in a string of resignations, since HP bought the bought the British software firm for 7.1 billion last year.

Today, HP announced it was slashing 27,000 jobs globally, including that of Autonomy CEO Mike Lynch.

A source close to Autonomy told sister title PC Pro that the departures are borne out of frustration with the new parent company, saying it was "exceedingly difficult to get anything done" within HP.

Not all senior management have jumped ship, with "at least half of them standing tall", the source added, but another source pointed out it's "hard to deliver when the team has gone".

Richard Holway, an analyst at TechMarketView, said it appeared it was "HP bureaucracy that caused most of management team and many of the top developers to walk in the last few months".

"We hear tales of HP conference calls with 53 HP attendees to one from Autonomy," he said in a blog post. "We hear of small operational decisions involving huge HP input and delay. It was a bit like GM trying to run an F1 team."

HP declined to comment on the departures, but confirmed that Lynch will leave the company.